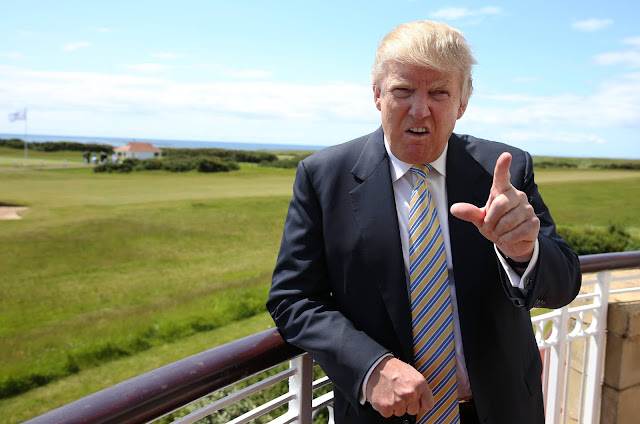 1. "And I guess you could say that our numbers in winning whether it's for the Senate, or for Congress, or for governor has been very good."


Trump is talking about the media here.


Well, Michael Cohen, at the direction of Trump, set up a shell company and negotiated payoffs to two women -- Stormy Daniels and Karen McDougal -- who alleged had affairs with Trump.


5. "But he was somebody that was probably with me for about 10 years and I would see him sometimes."


This is a dramatic underplaying of Cohen's closeness to Trump over that decade, according to what we know about the two men's relationship. Anytime Trump had a problem that needed fixing -- and that happened fairly frequently -- he turned to Cohen to fix it.


This is Trump's response to Earhardt asking him whether he directed Cohen to make the payments to Daniels and McDougal.

7. "Those two counts aren't even a crime. They weren't campaign finance."


He seems to believe that because he didn't give money to Cohen from the 2016 campaign account that it was totally fine to dole out tens of thousands of dollars to silence women making allegations about a candidate for president.


Trump's "later on" response about when he found out about the payments that Cohen made to Daniels and McDougal simply doesn't barb with what he has said in the past. In April, on his plane 'Air Force One', Trump had this exchange with a reporter:

Reporter: "Then why did Michael Cohen make [the payment], if there was no truth to her allegations?"

Reporter: "Do you know where he got the money to make that payment?"


9. "If you look at President Obama, he had a massive campaign violation but he had a different attorney general and they viewed it a lot differently."


It is true that Obama's campaign was fined a hefty $375,000 by the FEC in 2013 for failure to file 48-hour contribution reports -- donations made within the final weeks of a campaign -- that totaled $1.3 million. The oversight was discovered in an audit of the Obama campaign.


10. "But what Michael Cohen pled to weren't even campaign related. They weren't crimes."


Again, Trump simply doesn't understand -- or is choosing not to understand -- campaign finance laws. Simply because the money he paid to Cohen wasn't from the campaign's coffers doesn't mean it wasn't a crime.


11. "And they put the two counts of campaign violations in there but a lot of lawyers on television and also lawyers that I have say, they're -- they're not even crimes."

12. "For 30, 40 years I've been watching flippers. Everything's wonderful and then they get 10 years in jail and they -- they flip on whoever the next highest one is, or as high as you can go."

"According to a 1981 FBI memo, Trump offered to 'fully cooperate' with the bureau, proposing that FBI agents work undercover in a casino he was considering opening in Atlantic City. FBI agents even prepared an 'undercover proposal concerning the TRUMP casino' that senior agents and Trump planned to discuss, according to the document."


Well, this is humiliating.


14. "You know, campaign violations are considered not a big deal, frankly."


15. "But if somebody defrauded a bank and he's going to get 10 years in jail or 20 years in jail but if you can say something bad about Donald Trump and you'll go down to two years or three years, which is the deal he made."


There's a big difference between Cohen (or anyone) getting a small sentence because they are willing to "say something bad about Donald Trump" and what Cohen did: Agreed to plead guilty to eight felony counts and testify under oath that Trump directed and synchronize an end-run of campaign finance laws.

16. "I've had many friends involved in this stuff. It's called flipping and it almost ought to be illegal."


Trump is referring here to Imran Awan, a former staffer for Florida Democratic Rep. Debbie Wasserman Schultz, the former head of the Democratic National Committee. He pleaded guilty last month to filing a false statement on a bank loan application.


Awan was sentenced to time served earlier this week. That amounted to one day in jail and 11 months of monitoring with an ankle bracelet. At Awan's sentencing hearing, the district judge said this -- clearly referencing Trump: "There have been numerous allegations, ... accusations lobbed at him from the highest branches of the government, all of which have been proved to be without foundation by the FBI and the Department of Justice."


This has become one of Trump's favorite talking points when trying to discredit the special counsel probe being run by former FBI director Robert Mueller.