No Comments
A chain smoking toddler has developed an uncontrollable habit - and puffs through 40 a day. 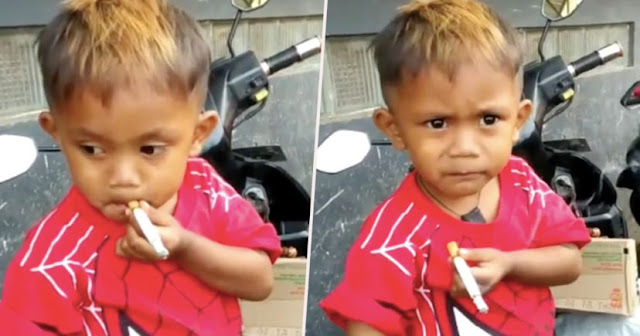 Two and a half year old kid Rapi Ananda Pamungkas started by picking up used butts outside his mother's market stall in Sukabumi, Indonesia. 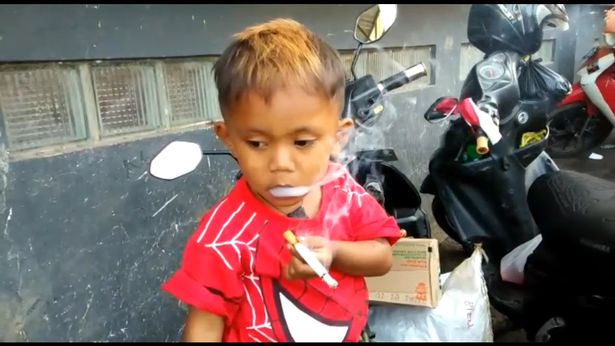 But within days he was hooked - and would constantly harass passing shoppers to give him cigarettes. 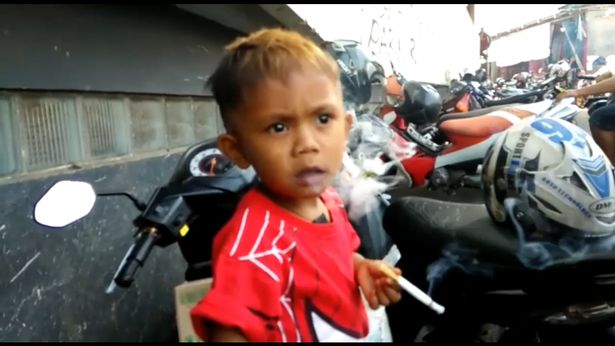 His parents initially found his habit amusing, laughing at the sight of the small child lighting up, usually accompanied with a coffee. However, they now want to take him to a doctor to treat his unhealthy habbit. 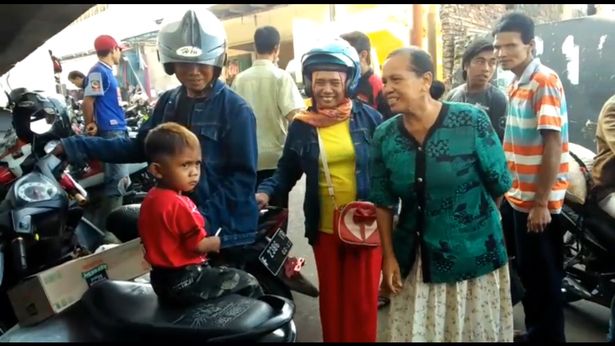 Rap’s mother Maryati has confessed to buying the little boy two packets of cigarettes a day to satisfy him and stop his out-of-control tantrums:


My child is used to smoking while drinking coffee and eating cake.


He has been smoking every day for around two months. If I don’t give him a cigarette, my child goes berserk.

Rap's father, who is a smoker himself, seemed to not know why his child picked up the habit 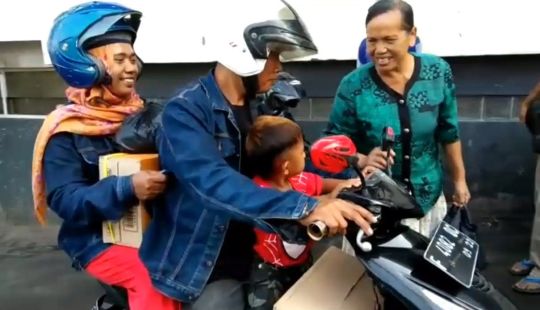 "I cannot say no to him when he asks for a cigarette. I don't even smoke that often. I only smoke at work. When my son smokes he likes to have a cup of mochaccino," said 40-year-old Misbahudin, according to the news.