A bizarre video has emerged showing a rat living with a sapling soybean plant growing out of its back.

The footage showed that the rat seems to be in immense pain and struggling to move with the growth and wasn’t able to escape when people comes to inspect it. 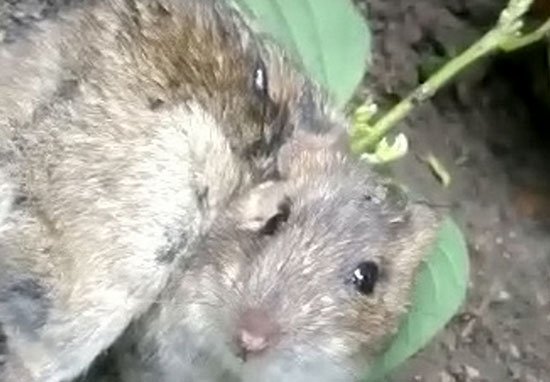 Farmer Datar Singh, who discovered the unfortunate rat, had planted a soya bean crop on his farm in the Ratlam district of Madhya Pradesh in India earlier this year.

He was inspecting his crop when he found the rat on 7 August. 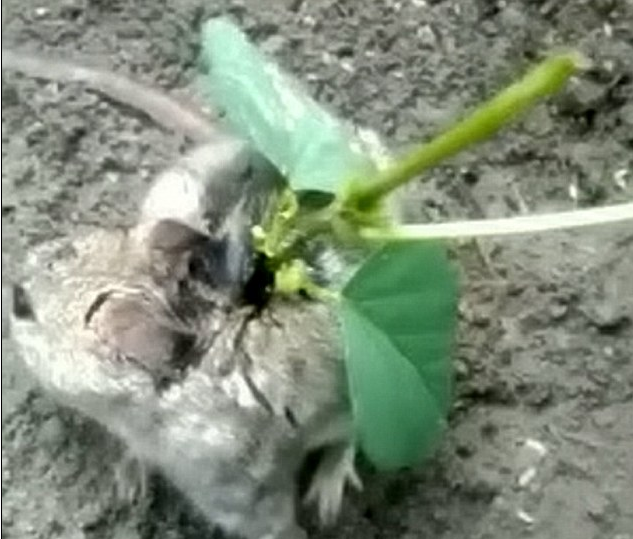 The witnesses tried to turn the rat over to check how did it happened but they ended up to have no clue at all. 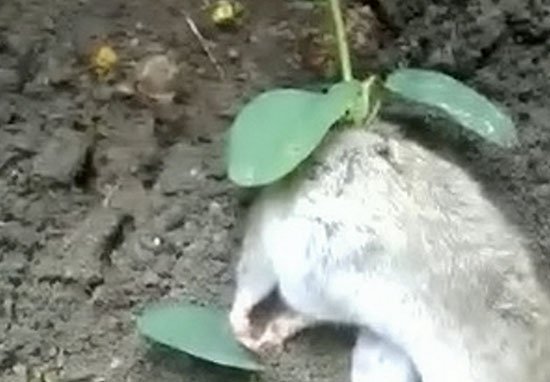 At first, Datar think that it was just a prank but upon check, he realized it was the real thing and believed that a soy bean seed must have fallen into an open wound on the rat’s back and started developing and begun to grow.

The head of the department of biology at a college in nearby Barnagar, Professor A Siddiqui, revealed that the plant could have caused the rodent to suffer even more.

“It’s a miracle. Though the plant had grown in the region near the neck, there was no brain damage,” he said.

Since the video was uploaded, Singh and his friends have removed the plant from the animal’s back and the rodent since been recovering from its injuries.