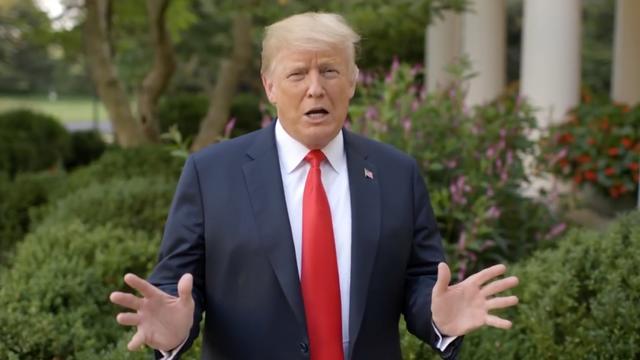 According to a recent The Economist/YouGov poll, 41% of Americans think Donald Trump to be the worst president the nation has ever had.

The 1,500 participants in the survey, which was conducted from August 19 to August 21, were free to choose any individual who has ever held the president's office, but most appear to have stuck with those who’ve served more recently.

Regarding "best President ever," Obama was at 16% while Trump was only at six percent. However, the highest rated president was Abraham Lincoln, who barely got past Obama with just 17%.

For example, in June when tweeting about the FBI raid on his then-attorney Michael Cohen’s office he wrote, “The good news is that your favorite President did nothing wrong!”

Trump has proven quite interested in his popularity. In the wee hours Sunday he tweeted: "Over 90% approval rating for your all time favorite (I hope) President within the Republican Party and 52% overall. This despite all of the made up stories by the Fake News Media trying endlessly to make me look as bad and evil as possible. Look at the real villains please!"