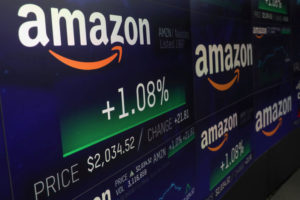 Amazon stock briefly hit a $1 trillion market cap Tuesday Sept 4 before falling off and leaving Apple as the only publicly traded U.S. company above the benchmark. However, it soon tapered off, and Amazon ended the day with a $995 billion valuation.

Amazon became the second U.S company to reach a market cap of $1 trillion, crossing the milestone when the stock price reached $2,050.27 per share on the morning of Sept 4. The stock has been rocky since, closing at a price of $2,039.51 per share.

Founder Jeff Bezos saw his personal wealth soar to $150 billion, making him the richest man in modern history. Bezos owns more than 17 percent of Amazon stock, currently valued at $2,039 apiece. Last October, it was valued at $1,000. 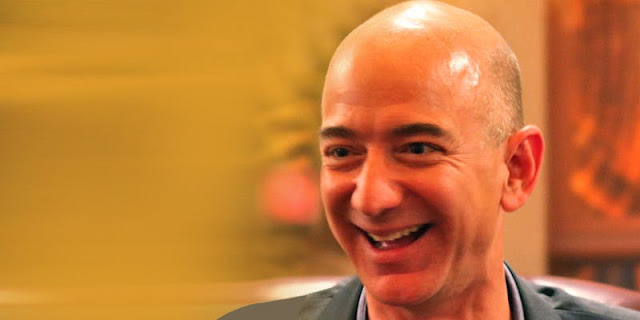 From the very beginning, Amazon set out to change the face of online retail. The company started as just an internet bookstore in 1994, but now offers thousands of products to customers around the globe. The success of Amazon Web Services and Amazon Logistics has also helped carry the company to new heights.

It's also worth noting that, in 2014, Amazon tried entering the smartphone market with the Fire Phone and ultimately failed. However, the company has put a massive dent in other consumer tech categories. Amazon Echos and Alexa have become a household names with consumers and serve as a platform for other intelligent devices.

Amazon stock has grown 123,000 percent since 1997, when it listed on NASDAQ. In the 21 years since then, the company has transformed from an online book retailer to ‘the everything store’. Amazon’s cloud division has been the biggest contributor, growing 50 percent in the second quarter of 2018.

“Amazon did really well in online retail, but then the stock gapped up when they showed that they could become successful in cloud. It's almost like the ticker changed from AMZN to AWS," an analyst told CNBC.