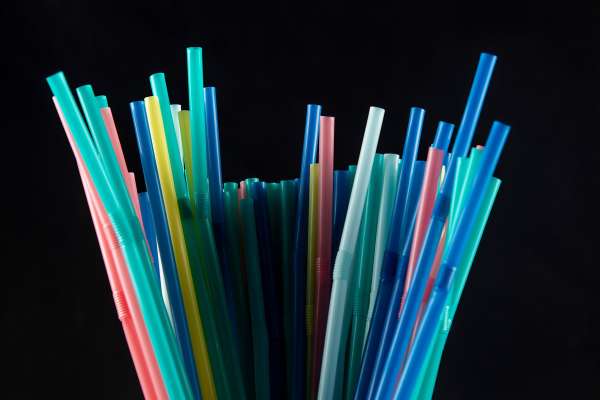 In an announcement about the bill’s passage on Thursday, Brown cited plastic’s harmful effect on the planet. “Plastic has helped advance innovation in our society, but our infatuation with single-use convenience has led to disastrous consequences,” the governor wrote.

Plastic straws have seemingly become public enemy number one this year, with celebrities like Tom Brady publicly promising to stop using them and and big companies like Alaska Airlines, Ikea, and Starbucks discontinuing their use or vowing to do so soon. (Starbucks says it will phase out plastic straws by 2020 in favor of plastic sippy cups and compostable straws.)

Democratic lawmakers who support the law call it a small step toward reducing ocean pollution.

"Plastic has helped advance innovation in our society, but our infatuation with single-use convenience has led to disastrous consequences," Brown wrote in a statement. "Plastics, in all forms -- straws, bottles, packaging, bags, etc. -- are choking the planet."

But critics say the legislation is government overreach that won't significantly improve the environment, while others say restricting straw availability hurts disabled people who rely on them.

Some Republican lawmakers who voted against the measure said it would unfairly punish restaurants, although the restaurant industry didn't oppose the proposal.