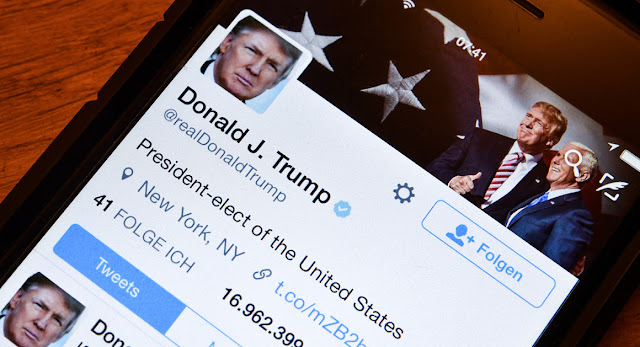 Brad Parscale, Donald Trump's 2020 campaign manager, and Republican National Committee (RNC) Chairwoman Ronna McDaniel, have written a letter calling for the CEOs of Facebook and Twitter to address concerns over conservative censorship, as well as a call for transparency.

The letter comes one day after a judge ruled that President Trump is not allowed to block Twitter users - deeming the platform a public forum, and that "the White House acts unlawfully when it excludes people from this forum."

Will Twitter and Facebook be required to provide protections for conservatives whose voices are being muted? Parscale and McDaniel are pushing for that, calling out the Silicon Valley giants for censorship.

"We recognize that Facebook and Twitter operate in liberal corporate cultures," the letter reads. "However, rampant political bias is inappropriate for a widely used public forum."

We won’t tolerate bias toward conservatives or @realDonaldTrump supporters. We’re standing up for you and demanding answers. @GOPChairwoman and I have sent the following letter to @facebook’s Mark Zuckerberg and @Twitter’s @jack Dorsey. #StopTheBias

We won’t tolerate bias toward conservatives or @realDonaldTrump supporters. We’re standing up for you and demanding answers. @GOPChairwoman and I have sent the following letter to @facebook’s Mark Zuckerberg and @Twitter’s @jack Dorsey. #StopTheBias pic.twitter.com/Poz0Dne9i7
— Brad Parscale (@parscale) May 24, 2018


“Yeah. Maybe. But if @realDonaldTrump leaves @Twitter for another platform Twitter is done. Put a fork in it. 🍴”

Yeah. Maybe. But if @realDonaldTrump leaves @Twitter for another platform Twitter is done. Put a fork in it. 🍴 https://t.co/u8QA3OKREA
— Brad Parscale (@parscale) August 31, 2018


Trump Jr told Axios there was “exactly zero doubt in my mind” that tech bias is real. “I don't think [this issue] is going away, because I don't think it's changing,” he said

He said the companies needed to better self regulate as “many of these platforms get many benefits from the government”. He said if a Trump supporter in the tech world created a conservative, Facebook-like social network, he would urge his father’s supporters to switch to it.

The president has recently opened a fresh attack on tech companies, seeking to heap them in the “fake news” category of media groups he loves to hate.

We are writing on behalf of the Republican National Committee and President Donald Trump’s 2020 re-election campaign to request information about efforts by Facebook and Twitter to prevent political bias on the social media platforms.

In 2016, former Facebook workers reported that they manipulated the “trending” section to exclude news tailored to conservative users, despite those topics trending on their own. A former trending news curator admitted in an interview that nearly all members of the trending news teams identified as liberal – and had the authority to approve topics. Moreover, some Facebook employees in 2016 reportedly pushed to ban then-candidate Donald Trump’s Facebook posts and label them as hate speech.

During congressional testimony, Facebook apologized for suppression of content from conservative bloggers and personalities, notably “Diamond & Silk,” entertainers who were deemed “unsafe to the community” for no reason. In response to these revelations, Facebook said it will use a new system that ranks news organizations by the level of user trust, promoting the highly scored outlets on users’ news feeds while suppressing those with lower scores. We are concerned about potential misuse of this system.

Meanwhile, conservative Twitter users have accused the company of unfairly targeting them, purging thousands of their followers in an attempt to stem “fake news” content, and unnecessarily prompting them to confirm their identity. Twitter claims its tools are free from political bias, but has allegedly targeted predominantly Republicans as part of a “shadow banning” practice, which covertly limits those accounts’ visibility on the platform.

We recognize that Facebook and Twitter operate in liberal corporate cultures. However, rampant political bias is inappropriate for a widely used public forum. What’s more, the consequences to our democratic society are profound. This is why special attention is necessary to address issues such as Facebook’s use of liberal organizations to fact-check content, the access to user profiles it gives to some employees, and Twitter’s manipulation of content that appears for the site’s users.

It has also come to our attention that Facebook is working with a third party to encourage voter registration. Though we agree that this is an admirable task, in theory, we ask for transparency over how Facebook determines who sees these advertisements in their news feeds. This is to make sure that the new feature does not become essentially an in-kind contribution to liberal candidates.

Since Facebook and Twitter are platforms used widely by the majority of voters, we request an explanation about how you will ensure all content is managed equally and fairly. How will you safeguard voters’ access to fair content on your platform? How will you guarantee that conservative voices are no longer censored, and conservative news no longer buried or otherwise hidden?

As you conduct reviews to assess bias against conservative content, we ask for your assurances that transparency, neutrality, and protection of all speech will be core tenets of Facebook and Twitter operations, now and in the future.

We ask for your response by June 18, 2018, and look forward to hearing from you.

Chairwoman of the Republican National Committee