No Comments
The remains of a now-extinct species of horse have been unearthed in the Siberian Permafrost. Semyon Grigoryev, the head of the Mammoth Museum in Yakutsk, told the Siberian Times that this discovery is unlike any other.
This horse was said to have been “completely preserved by permafrost” and was found buried 30 meters underground in the Batagi depression in the Yakutia region of Siberia, according to the Siberian Times.
The foal was discovered by a team of scientists from North-Eastern Federal and Kindai Universities in Japan while on an expedition to the Verjhoyansky district of Yakutia. The horse was just three months old when it died during the late Palaeolithic period, approximately 40,000-years-ago.

“This is the first find in the world of a pre-historic horse of such a young age and with such an amazing level of preservation,” Grigoryev said. 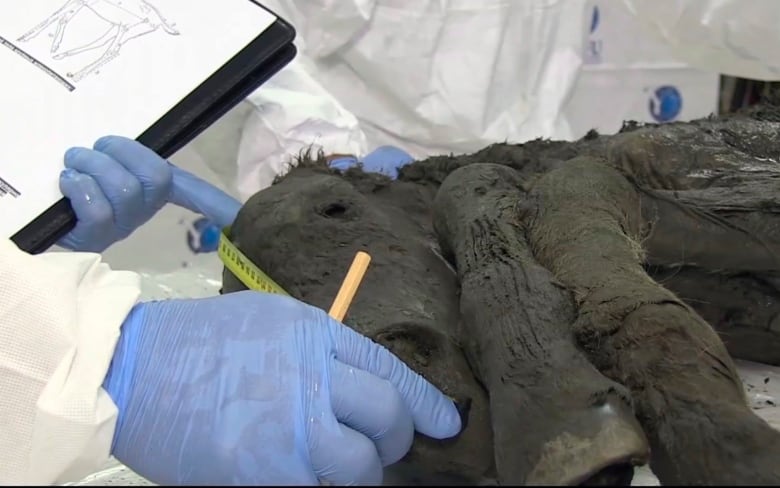 The photos of the perfectly-preserved horse are almost unbelievable. It was found with its tail, mane, and hooves still attached and its dark brown coat seems to be in excellent condition. Also, all of the horse’s internal organs are still inside the animal after tens of thousands of years.