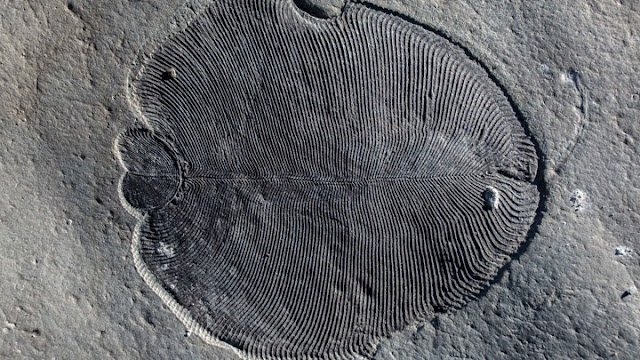 A few molecules of fat was all it took to rewrite the history books. With those molecules, scientists at Australian National University (ANU) were able to confirm that the earliest confirmed animal in the geological record was in fact an animal. Known as Dickinsonia, the creature lived 558 million years ago.

Living as the first animal wasn't very exciting. Dickinsonia lived in the late Ediacaran period at the bottom of the ocean. With an oval-like shape that could grow up to 4.5 feet (1.4 meters) in length, it's been interesting to scientists in large part because they have struggled to figure out what, exactly, it was. From time to time, arguments have been made saying it was a polychaete, turbellarian or annelid worm, jellyfish, polyp, xenophyophoran protist, lichen or even an early mushroom.

The breakthrough came with a new fossil. ANU Ph.D. scholar Ilya Bobrovskiy found an extraordinarily well-preserved fossil in near remote near the White Sea, an inlet along the northwestern coast of Russia. Because of their truly remote location in a cliff, Bobrovskiy and his fellow scientists had to climb down the cliff with ropes and dig through large blocks of sandstone.

"I took a helicopter to reach this very remote part of the world—home to bears and mosquitoes—where I could find Dickinsonia fossils with organic matter still intact. These fossils were located in the middle of cliffs of the White Sea that are 60 to 100 metres (196 feet to 328 feet) high," Bobrovskiy recalls in a press statement. "I had to hang over the edge of a cliff on ropes and dig out huge blocks of sandstone, throw them down, wash the sandstone and repeat this process until I found the fossils I was after." 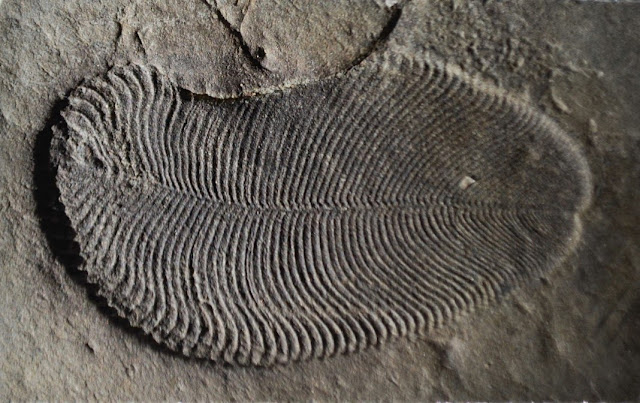 First discovered in the 1940s, Dickinsonia is one of the most iconic members of the so-called Ediacaran biota—a group of mysterious, soft-bodied organisms that existed between 541 and 570 million years ago. In a world that had been dominated by microbes, these were the first big, complex living things. They would have been visible to the naked eye, had eyes even existed at that point.

But what were they? Some looked like tall fronds; others, such as Dickinsonia, were flat mats. They were so unlike the animals, plants, and other organisms we know today that one scientist described them as “strange as life on another planet, but easier to reach.” Some paleontologists, including Dickinsonia’s original discoverer, classified them as animals, precursors to the more familiar forms that arose later, during the Cambrian explosion. Others have taken them for giant amoebalike protists, lichens, colonies of bacteria, or even a completely extinct kingdom of life.

Bobrovskiy recently came up with a new way of resolving these debates. While looking at Ediacaran fossils under a microscope, he noticed distinctive dark films. These were the unmistakable signs of organic compounds that had been left behind when their owners’ bodies had decayed. Large, complicated molecules such as DNA or proteins don’t survive long after an organism’s death, but smaller and more stable molecules can. If Bobrovskiy could recover them, he could look for distinctive chemical signatures that distinguish animals from bacteria and other kingdoms of life. “[My supervisor] Jochen [Brocks] said we could try it, but he was always sure that it was a stupid idea,” Bobrovskiy says. “Even I thought it would fail. But it didn’t.”