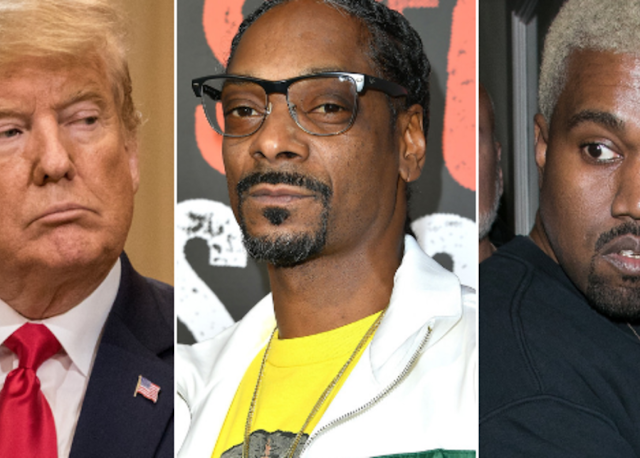 Snoop Dogg went on a tirade about U.S. President Donald Trump and his “racist” supporters, while criticizing Kanye West for supporting him.

Sirius XM radio host, DJ Suss One of Hip Hop Nation, was trying to steer the conversation towards West and his politics when Snoop Dogg cut him off.

“N***a, he drew the lines. He drew the motherf**kin’ lines,” he continued. “Before him there were no lines. Everybody was everybody, we respected everything, we didn’t trip, but n***a when you drew the line and start pointing mother f**kers out and singling them out n***a f**k y’all then n***a. You and them.”

Snoop Dogg then switched to talk about West. “Kanye too. Don’t forget about him too. F**k you too. Throw him in the bag, he right with them motherf**kers,” he said.