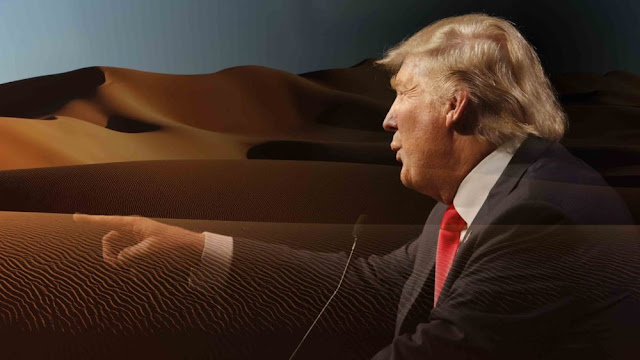 Donald Trump suggested the Spanish government tackled the Mediterranean migration crisis by emulating one of his most famous policies and building a wall across the Sahara desert, the country’s foreign minister has revealed.

Josep Borrell discussed the US president’s comment, which mirrors his prominent campaign promise to erect a “big, beautiful wall” along America’s border with Mexico, during an event in Madrid this week.

The White House disputed the account.
"While we can confirm that the President has discussed migration challenges with Spanish interlocutors, we do not have record of this specific comment," a senior White House official told CNN.

According to Josep Borrell, the US president dismiss the doubts of Spanish diplomats – who pointed out that the Sahara stretched for 3,000 miles – saying: “The Sahara border can’t be bigger than our border with Mexico.”

Borrell continued: "Well, yes, it is way bigger than the border with Mexico, and in any case it wouldn't be very useful to do that."

Borrell’s comments were made at a lunch event in Madrid this week and widely reported in the Spanish media. “We can confirm that’s what the minister said, but we won’t be making any further comment on the minister’s remarks,” said a spokesman for the foreign ministry.

Spain holds just two small overseas territories in north Africa - Ceuta and Melilla – meaning that such a wall would have to be built on foreign territory.