Archaeologists Have Discovered A Viking Ship Buried In Norway

No Comments
Archaeologists have found what they believe are traces of a Viking ship buried in southeast Norway.

The boatlike shape was detected about 20 inches (50cm)  underground in a tumulus, a burial mound, with the use of a ground-penetrating radar.

Scientists said the incredibly rare discovery could shed light on the skilled navigators' expeditions in the Middle Ages. 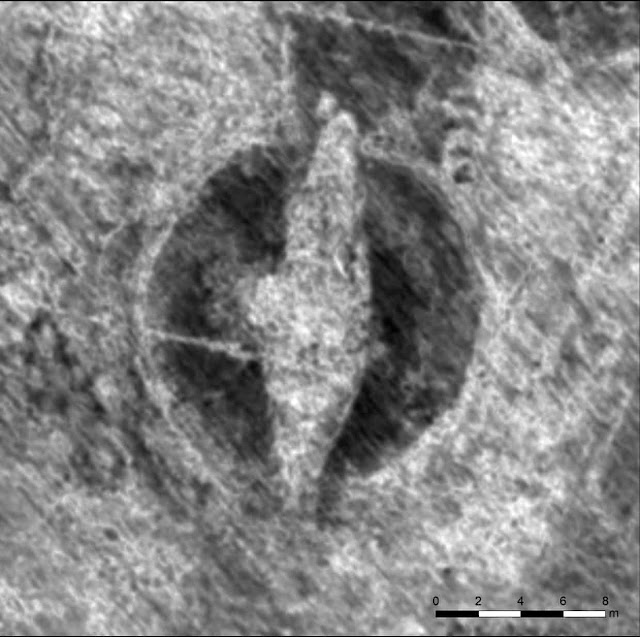 Scientists at the Norwegian Institute for Cultural Heritage Research (NIKU) detected the boat in Halden, a municipality some 90 miles (150km) south of Oslo.

'In the middle of the mound, we discovered what is called an anomaly, something that is different,' said study author Dr Knut Paasche.

The mysterious shape 'clearly has the shapes and dimensions of a Viking ship,' he added.

'What we cannot say for sure is the condition of the conservation. Yes there was a boat there, but it's hard to say how much wood is left,' Dr Paasche said.

The Vikings were Northern European warriors and merchants who sailed the seas between the 8th and 11th century.

They typically buried their kings and chiefs aboard a boat hoisted onshore and left under a mound of earth.

The find was described as “incredibly exciting” by Knut Paasche, an expert on Viking ships at Niku. The researchers worked with motorised high-resolution ground-penetrating radar developed by the Ludwig Boltzmann Institute for Archaeological Prospection and Virtual Archaeology in Austria. 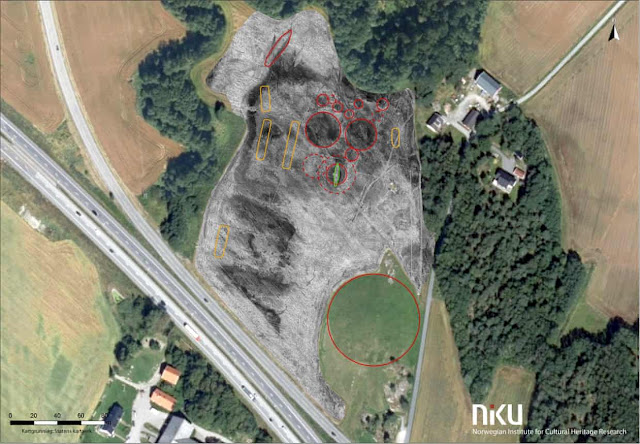 “This new ship will certainly be of great historical significance as it can be investigated with all modern means of archaeology,” Paasche said.

Viking ships, in which they raided, traded and struck terror across northern Europe, were precious objects, and such burials were reserved for high-status individuals. Others have been excavated to reveal warrior leaders with their weapons and other possessions heaped around them.

The first to be scientifically excavated in the UK was found in 2011 at Ardnamurchan, Scotland, the most westerly point of the mainland. It was a five-metre boat, surviving only as lines of hundreds of rivets and fragments of timber in the soil, that held a man buried with his shield, sword and spear and other grave goods including an Irish brooch and a drinking horn.