Did Donald Trump Just Forgot How An Umbrella Works?

No Comments
President Donald Trump is being mocked for failing to close his own umbrella Saturday as he boarded Air Force One.

In the video, Trump can be seen holding the device over his head while making his way up the stairs to the aircraft. However, as he proceeded to enter the plane, he lowered the still-opened umbrella — which was wider than the aircraft door — to the ground. After he appeared to drag it along the ground for a few moments, instead of closing the umbrella, he simply released the handle, leaving it to wobble on the ground instead.

Another man is later seen walking by the umbrella without picking it up, before a Secret Service agent runs up the steps to easily close the umbrella and take it inside.

Unbelievable -- Trump doesn't know how to close an umbrella, so inside of closing it and bringing it aboard Air Force One with him, he just dropped it outside the plane. pic.twitter.com/G5AtmPaRvz
— Aaron Rupar (@atrupar) October 27, 2018

In the video, Trump is seen walking up the stairs leading to his presidential jet with an umbrella in his hand. 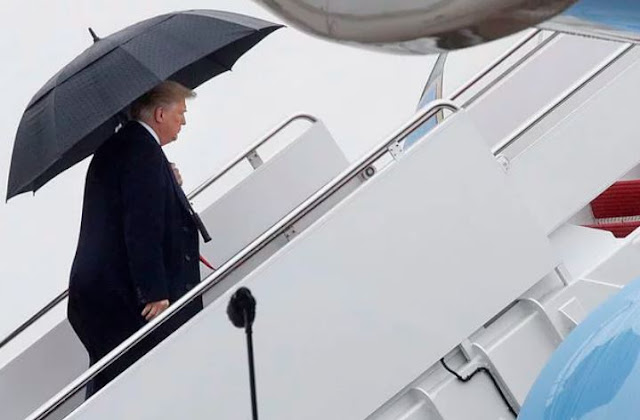 As he reaches the door, Trump's hand drops lower and lower until the umbrella is scraping the floor. 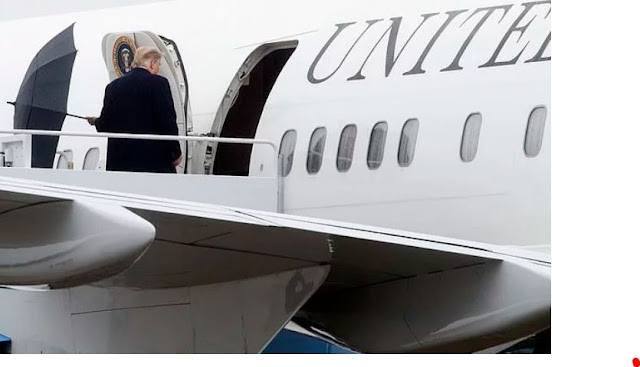 Seconds later, he ditches it entirely and disappears into the plane. 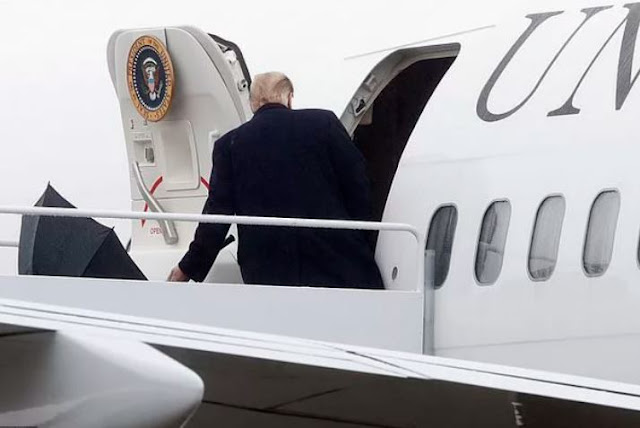 A Secret Service agent later picked up the umbrella. 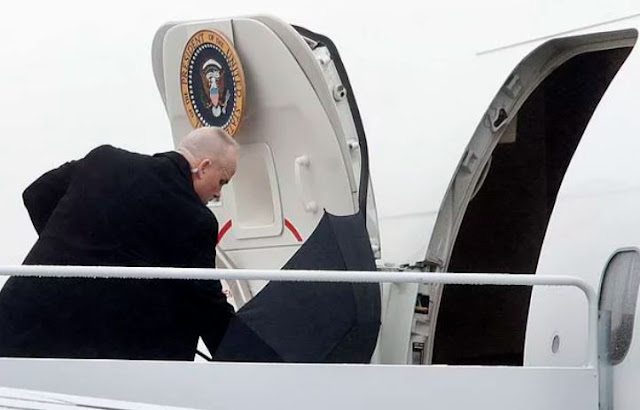 But it didn't stop people from making fun of him online.