Is It Asteroid Or Comet? Strange Blue Space Rock Reveals Itself During Passing-By 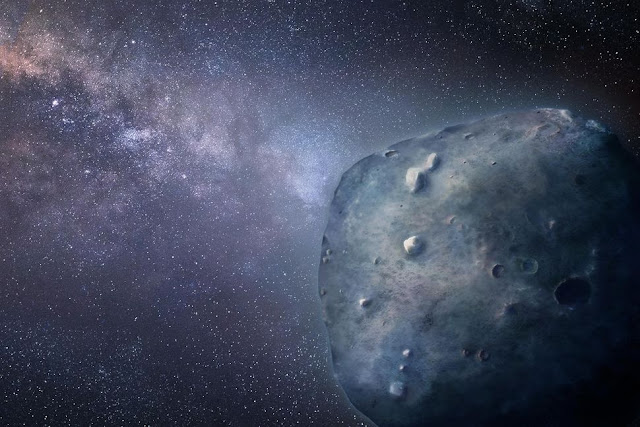 It started with ‘Oumuamua, the first known space rock from another galaxy to visit our solar system and get close enough to observe … albeit after it had already swung around the Sun and was on its way back to whence it came. At first it was classified as a comet, C/2017 U1; then, as its oblong shape became apparent, it was speculated by some to be a space ship; when it was found to have no tail, it was reclassified as an asteroid, A/2017U1. The latest theory is that ‘Oumuamua may be a fragment of a planet blown apart by a dying star. While the arguments still rage over ‘Oumuamua, a new space rock has entered the discussion because it’s acting like a comet, an asteroid and a blue ‘something else’.

This strange space rock is 1983 TB, which should immediately tell you that it was discovered in 1983, so it’s not really new. It’s better known as 3200 Phaethon and was discovered by Simon F. Green and John K. Davies using data from the Infrared Astronomical Satellite (IRAS), making it the first asteroid discovered using images from a spacecraft. That was just the beginning of the special nature of 3200 Phaethon. It was named after the driver of Helios’ chariot because it gets closer to the sun than any known object – half the distance of Mercury. Its annual visit coincides with the Geminid meteor shower and it was eventually proven to be the cause of it. Those last two points are cometary traits and they caused astronomers to consider a reclassification. 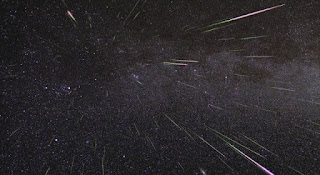 They got an opportunity on December 16, 2017, when Phaethon made its closest approach to Earth since 1974. According to a statement by the University of Arizona, one such astronomer is Teddy Kareta, a graduate student at the university, who presented his findings this week at the 50th annual meeting of the American Astronomical Society’s Division for Planetary Sciences. Using NASA’s Infrared Telescope Facility on Mauna Kea in Hawaii and the Tillinghast telescope on Mount Hopkins in Arizona, he first looked at the most noticeably strange charactistic of Phaethon – its blue color. While it was previously thought that this meant Phaethon broke off from the larger blue asteroid Palla, Kareta found that their albedo (reflectivity) is far from matching, with Phaethon actually being only slightly brighter than coal. Kareta also discovered that Phaethon’s dark blue is consistent over its entire surface, meaning that the entire rock is burnt by its close solar pass, possibly because it gets “so hot that metals on the surface turn to goo.” 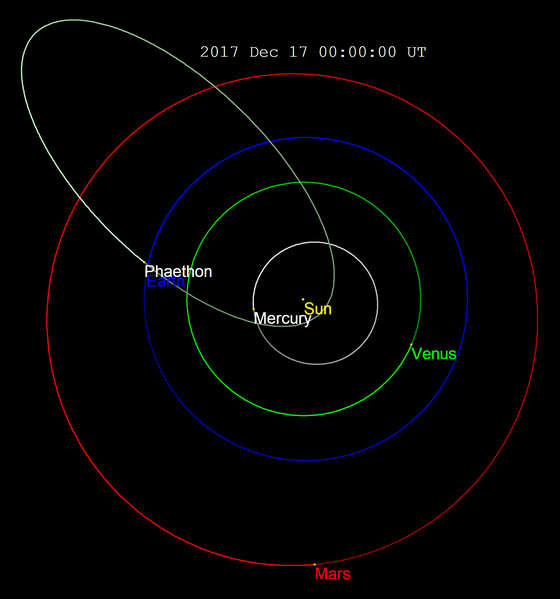 Then there’s the tail that causes the Geminids shower. Phaethon is definitely not a conventional comet since it’s not a dirty ice ball. It’s also not a conventional asteroid because they don’t have trailing debris, even after turning to goo. Kareta offers his theory.


“If it was cometary at some point in the past, maybe it made the meteor shower the normal way and left behind those comet crumbs … but since then, it’s been cooked through and turned off and it just looks like a rock.”

Asteroid, comet or something else? Kareta says “It’s probably somewhere in the middle,” but we may find out for certain when the Japan Aerospace Exploration Agency (JAXA) launches DESTINY+ (Demonstration and Experiment of Space Technology for Interplanetary Voyage, Phaethon Fyby and Dust Science) on a mission to Phaethon in 2022.