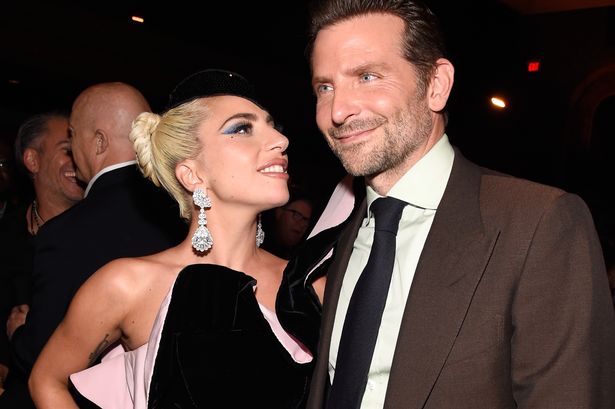 Did you know there could be 100 people in a room, and it only takes one of 'em believing in you to make your Oscar dreams come true??? Lady Gaga does ... and, literally, can't stop saying it.

The Internet misses nothing, which is why someone -- probably a 'Star is Born' fan -- compiled ALL these clips of Gaga gushing over her costar and director, Bradley Cooper. It's pretty clear LG stumbled upon the perfect expression of her gratitude toward Bradley for casting her in the lead role ... and she's sticking to that story ... many, many, MANY times.

Get the picture? We're pretty sure Bradley is the one person -- out of 100 -- who believes in Gaga.

Fact is, Gaga's probably done way more than 100 interviews in the last month ... promoting the movie's release and plugging it for an Oscar nomination -- and celebs in that situation usually try to come up with slightly different ways to say things.

Not Gaga. She's sticking to her story. Oh, wait ... did we say that already?

The movie IS really good -- see it, if you haven't -- and it's considered a lock to get plenty of nominations come awards season.

If it wins, we have a pretty good idea of what Gaga's gonna say at the podium! At least they won't have to cue the music on her.