A new dating app is aimed at uniting supporters of President Trump with the promise of making "America date again.”

DonaldDaters launched Monday for Apple and Android devices with the hope of encouraging young conservatives to meet and mingle, Fox News reported.

"For many young Trump supporters, liberal intolerance has made meeting and dating nearly impossible," Emily Moreno, CEO of Donald Daters, said in a statement. "Support for the president has become a dealbreaker instead of an icebreaker. That's why we created a new platform for Trump supporters to meet people without being afraid of talking politics."

Like Tinder and many popular dating apps, Donald Daters allows users to swipe right to like and swipe left to skip potential matches.


Users get 25 matches per day to connect for free and allows users to privately message their matches.

“The Donald Daters proprietary filtering algorithm means you are only presented with people that are closely aligned with your interests and preferences,” its website states.

Donald Daters states that it encourages “freethinking” and welcomes “anyone to download and enjoy our community.” It allows users to block other users, including those out to troll Trump supporters.

Donald Daters is not the first app of its kind. The dating site TrumpSingles.com exists with a very similar slogan, “Making Dating Great Again.” 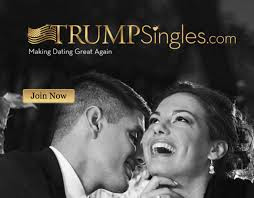