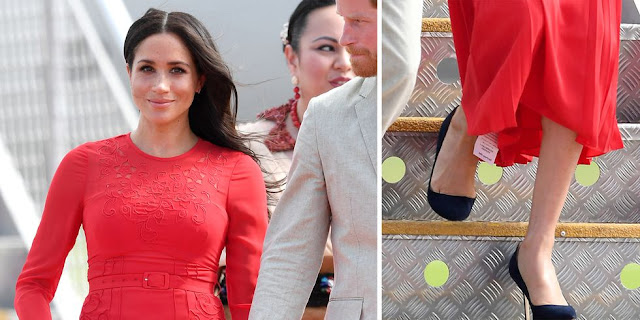 Does anyone else think that Meghan Markle must be pretty exhausted? The new wife of Prince Harry, who happens to be pregnant with her first child, has been exploring numerous countries and meeting loads of different people as part of the pair's first official royal tour.

Think of all the hand-shaking and small talk! We wouldn't be surprised if she really wanted to take a nap!

That might explain why the Duchess was snapped stepping off a plane after arriving in the Kingdom of Tonga, with a tag still attached to her Self Portrait dress. 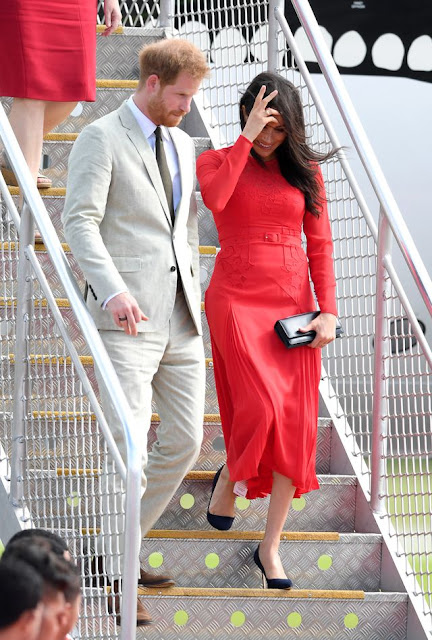 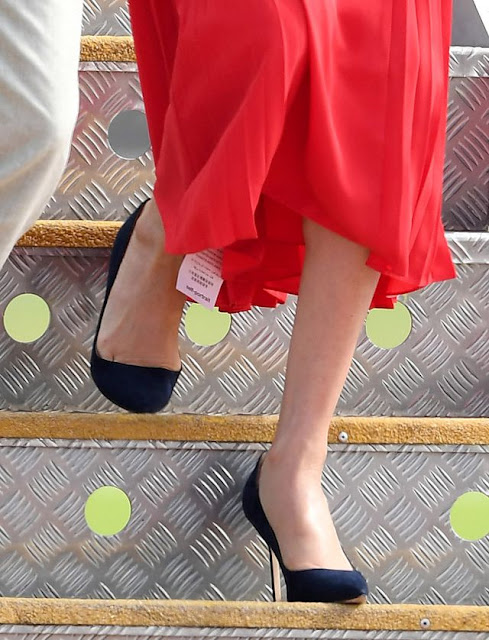 Of course, we've literally ALL been there, (just the other day it took me until 4pm to realise that my pants were inside out, tbh), so we're literally not here for the judgement.

Despite numerous outlets calling the situation an epic fashion blunder, and a wardrobe malfunction, Twitter is refusing to join in the label shaming.


Anyway, the main thing we're interested in is where on earth we can buy this dress so that we can leave the tag on and have people talking about it, too. 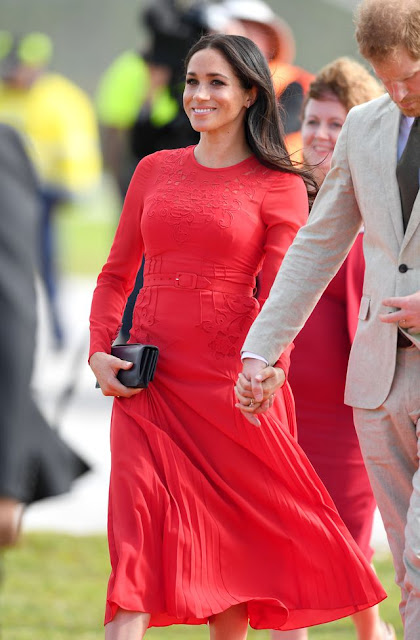 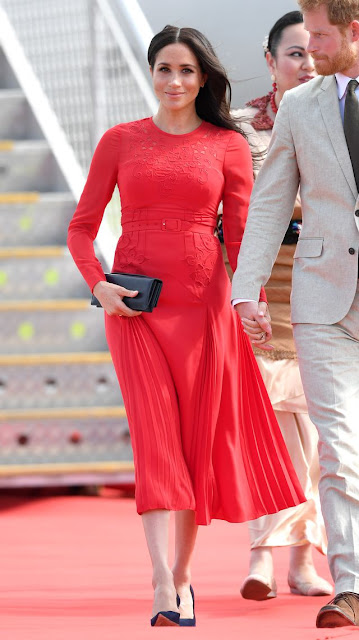 The answer is, (thanks to that tag...), Self Portrait! The dress costs just £380, which is a total barg compared to some of the previous labels the Duchess has worn