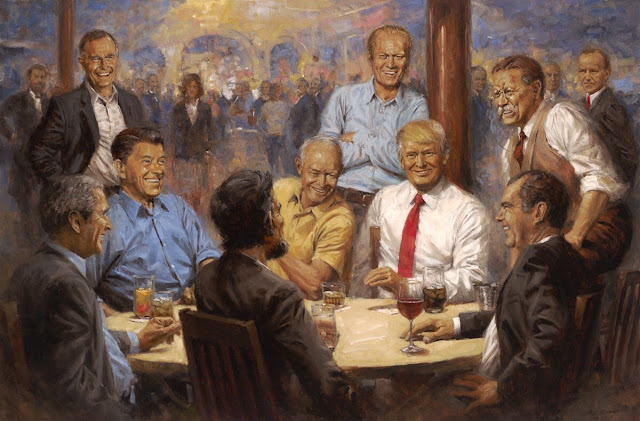 US President Donald Trump has a “fantasy” painting of himself surrounded by past Republican presidents like Ronald Reagan and Abraham Lincoln hanging in the White House. 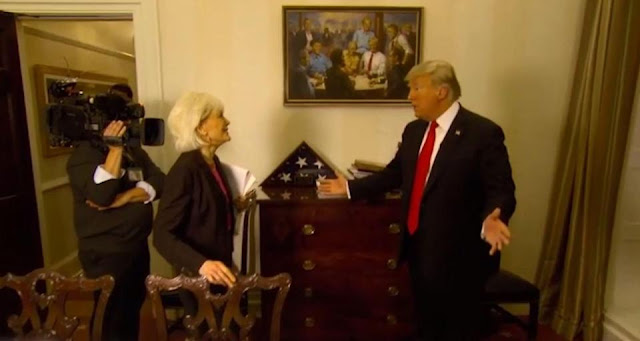 The addition to the White House’s art collection was spotted in the background of his CBS' 60 Minutes interview on Sunday.

While many were busy mocking Trump's intense admiration of the fantasy painting, some took note of a blurry-faced woman who appears in the background of this image and "The Democratic Club," a similar painting by Thomas that features Obama seated with Democratic presidents. It turns out the woman was included intentionally to represent a potential future female president.

Even in Trump's thrift store trash painting, a woman is coming to end the bullshit when they aren't paying any attention pic.twitter.com/hoymeVOcFi
— Emily Colucci (@emilycolucci) October 15, 2018

Thomas specializes in this style of painting — he's made multiple versions featuring past presidents. 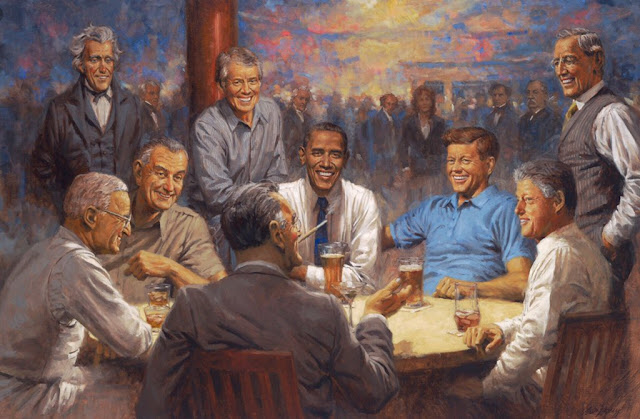 Some people on Twitter who weren't admiring the painting took the time to notice some other details seen in the 60 Minutes interview, like Trump's TV remote and massive jar of Starburst candies.

The painting is insane but also: all that talk about Trump’s “super TiVo” and but that appears to be a bog-standard $7 DirecTV remote https://t.co/kusrx82jN0
— nilay patel (@reckless) October 15, 2018

I’ll give him this: a jar of just the pink and red starbursts is probably one of the first things I ask for if I’m president pic.twitter.com/tVY240c8xZ
— Josh Billinson (@jbillinson) October 15, 2018