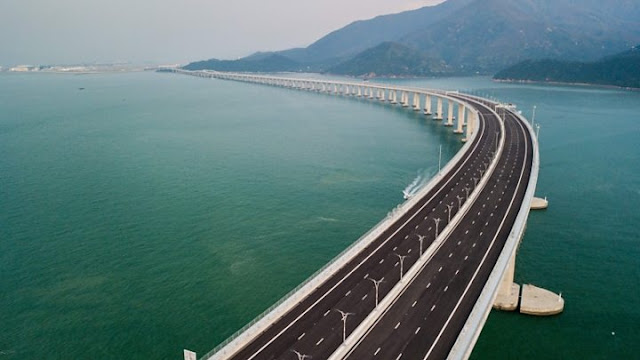 China is set to open the longest sea-crossing bridge ever built, nine years after construction began.

The Hong Kong-Zhuhai-Macau Bridge connects Hong Kong and Macau to the Chinese mainland and covers 34 miles.

It is a key element of China's plan for a Greater Bay Area covering 56,500 square kilometers (21,800 square miles) across southern China, and encompassing 11 cities, including Hong Kong and Macau, that are home to a combined 68 million people. 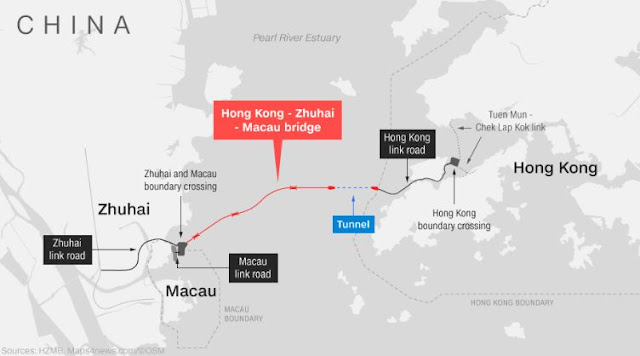 The project was delayed by two years and cost a total of $20bn.

It will be opened to traffic in the morning of 24 October and the Chinese president, Xi Jinping, will be at the ceremony.

Journey times between the cities will be cut from three hours down to 30 minutes.

Estimates suggest the bridge will be in use for 120 years but there are likely to be restrictions on usage.

Private car owners in Hong Kong will require a permit to use the bridge, but people will have access to shuttle buses. 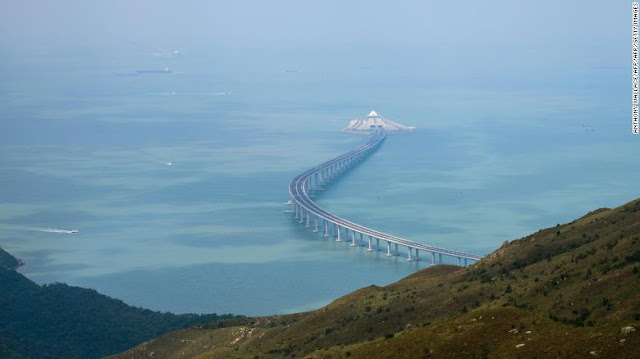 The building of the bridge has not been without controversy; the bridge was delayed by a number of years and the budget overran.

There were also corruption prosecutions, seven workers died and 129 were injured during the construction process.