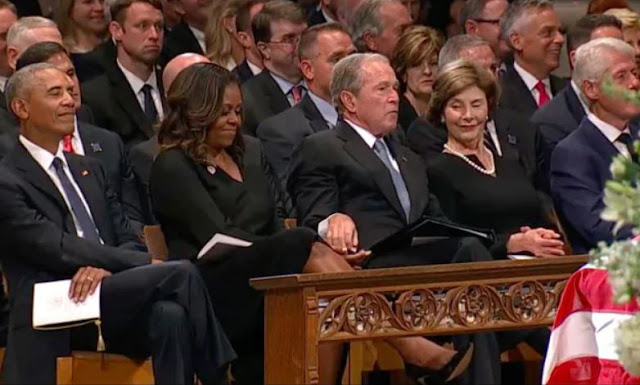 Former first lady Michelle Obama said that her oft-admired friendship with former President George W. Bush serves as a reminder of how relationships should be during a time when America only sees all the "nasty parts" of political discourse.

In an interview released Wednesday on NBC, Obama told Bush's daughter, Jenna Bush Hager, who is also a correspondent on "Today," that her relationship with Bush "reminds us that we can get there with the right leadership and with the right tone setting and with each of us giving one another the benefit of the doubt."

"I'd love if we as a country could get back to the place where we didn't demonize people who disagreed with us," she added.

Bringing up a famous photo of the former president and Obama sharing a hug in 2016, Bush Hager asked Obama about her friendship with Bush. 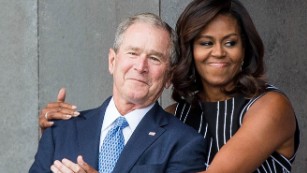 "It's so interesting how people are so interested in y'all's friendship. I mean that hug was, like, the hug that went around the world," Bush Hager said. "Why do you think people are so hungry for that, though?" she asked Obama.

"Because I think the political discourse, the way it's shown in the media, is -- it's all the nasty parts of it. You know?" Obama replied. "Because I guess we've become a culture where the nasty sells. So people are just going to keep feeding that."