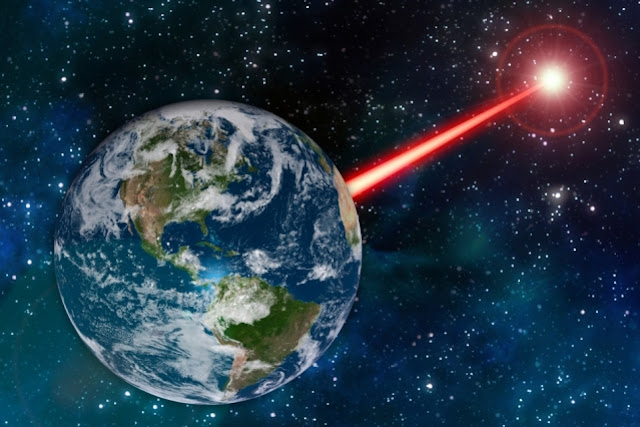 It's a big Universe, that's for sure, which means we might not necessarily cross paths with any other lifeforms that might be out there. But if we want to attract the attention of any galactic neighbours, apparently we could use laser technology we already have right now.

Today's lasers could be repurposed to act as a beacon or a "planetary porch light" for any aliens that might be looking for us, says a team of researchers from the Massachusetts Institute of Technology (MIT).

The study, published Sunday in The Astrophysical Journal, claims that if humans were to shine a 1- to 2-megawatt laser through a 30- to 45-meter telescope and point it toward space, the infrared radiation beam produced would be strong enough for other intelligent life in the universe to recognize it as distinct from that of the sun, Clark said.

This hypothetical signal from Earth would be detected by extraterrestrial space observers — if they’re out there — as they scan our section of the Milky Way.

The most likely witnesses of the beacon would be “alien astronomers” from an exoplanet orbiting Proxima Centauri, the star closest to Earth (not including the sun) at a mere 4.25 light years away, Clark said.

Other viewers might be found in TRAPPIST-1, a planetary system 39 light-years away that includes three exoplanets that scientists think could be habitable, according to a statement from MIT about Clark’s study. The laser could be visible as far as 20,000 light-years away from earth, the study estimates.

“We can’t put as much power as the sun produces into a laser — that’s just not practical — but a laser produces all of its power in one wavelength, a very narrow part of the spectrum, so the way that it’s detectable is not that it’s more powerful than the sun, but that it’s very distinct from the sun,” Clark said. “If alien astronomers were looking at the sun, the spectrum of the sun would gain a little spike in it.”

Clark’s study shows that building this magnified laser is possible and that it could serve as a signal to alien life.

That doesn’t necessarily mean it should be done, he said.

“Should we be attracting extraterrestrial attention? I established that we can, but that doesn’t mean it’s a good idea,” Clark said. “Whether it’s a good idea or not is an exercise for future work.”