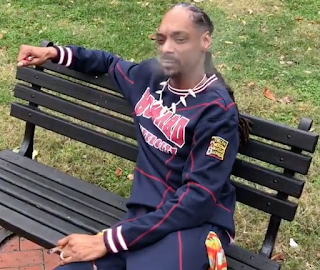 Hip hop icon Snoop Dogg had some choice words for President Donald Trump, as he smoked a blunt in front of the White House in a series of videos posted to his Instagram account on Wednesday. The videos depict Snoop riding in a car in Washington, D.C. before stopping to smoke in a park across the street from the presidential residence.

In the first video, titled “I had 2 do it pt1,” Snoop is in the passenger seat of a car as it drives past the White House.

“There go the White House right there, huh?” Snoop asks his driver. “All them motherfuckers are Secret Service, huh? Wish I could get out and take a picture right now, but you can’t park, huh? Fuck it, let me out, n****. Let me get a picture in front of this motherfucker, man. I’m Snoop Dogg, n****. Fuck the president!” says Snoop as he begins to get out of the car.

The next clip, “I had 2 do it pt 2,” opens with Snoop sitting on a park bench across the street from the White House. After cheerfully greeting an elderly passerby, Snoop turns to the camera. 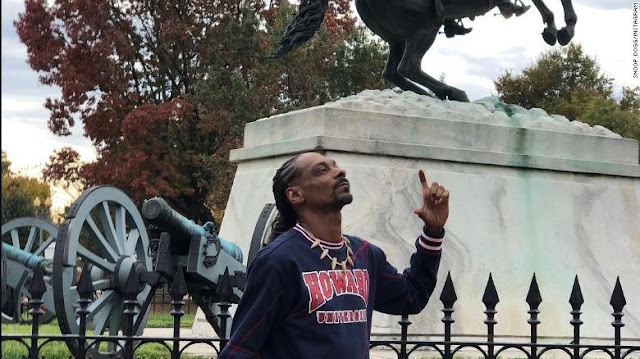 “Look here and let me tell you about Snoop Dogg. That n**** don’t give a fuck, man,” he exclaims. “White House action!”

The second video then ends with Snoop agreeing to take pictures with approaching fans.

“I had @ do it pt 3” opens with Snoop in the same park, walking along a brick path and firing up a blunt as he approaches a bench. After sitting down, Snoop again expresses his feelings about Trump.

“While the n***** are posing and doing all this other bullshit, I’m at the White House fittin’ to smoke. Fuck the president!”

In a fourth Instagram video, Snoop has returned to his Washington, D.C. hotel room to relax and, of course, smoke some more.

“Back from the White House. Everything is smooth, baby!” he says while chuckling and exhaling smoke. “Back in my room watching Netflix. Netflix and chill. Sometimes you just got to do it. I had to do it.”