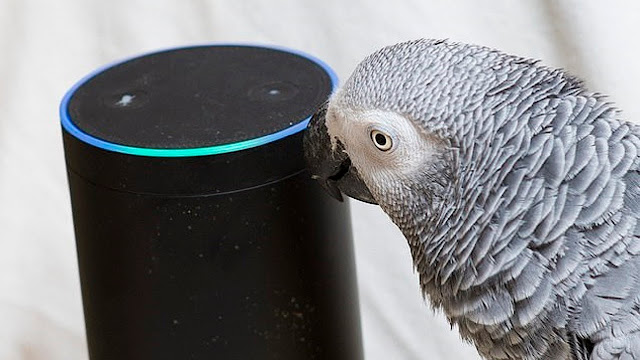 For many of us, Alexa is a handy helper around the house. For Rocco, however, Alexa is the soulmate he's been searching for.

I hasten to add, Rocco is a parrot.

The African Grey parrot aused a bit of trouble in his previous home, at the National Animal Welfare Trust sanctuary in Berkshire, after upsetting visitors due to his blue language. He was then rehomed - and his new abode is where he discovered Alexa.

But Rocco's love for the virtual assistant device may not be as pure as initially thought - he started using the Amazon Echo in his new home to order all the things he likes to eat.

Living with his new owner - Sanctuary worker Marion Wischnewski - Rocco has been causing a whole heap of mischief with Alexa serving as his partner in crime. His breed is highly well known for its mimicking skills, meaning he was able to add his preferences to a virtual supermarket list 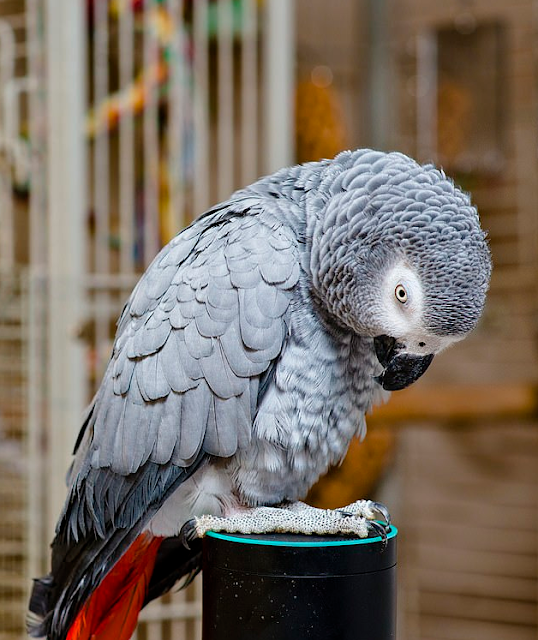 Marion said: "I have to check the shopping list when I come in from work and cancel all the items he's ordered."

On his list he's added a whole range of fruit and veg, including melons, broccoli and raisins (pretty healthy) along with ice cream (ok, not so healthy).

He's also ordered some pretty random stuff such as a lightbulb and a kite - well, why not?

To be fair, Rocco doesn't only cause havoc with his shopping demands. He's been known to ask Alexa to play his favourite music - songs by Kings of Leon, to be exact. 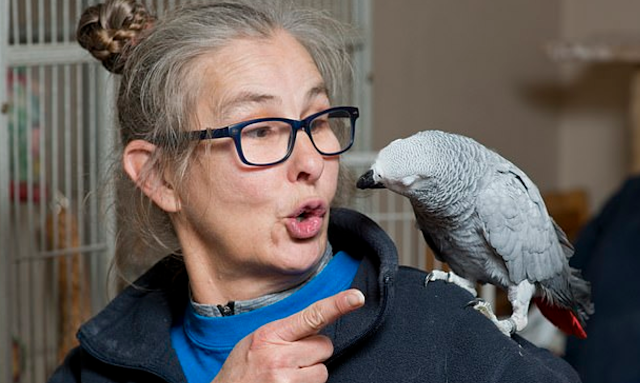 "They chat away to each other all day. Often, I come in and there's music playing," Marion added talking about her parrot's 'relationship'.