Chinese Scientists Have Found A Way to Turn Copper Into ‘Gold’ 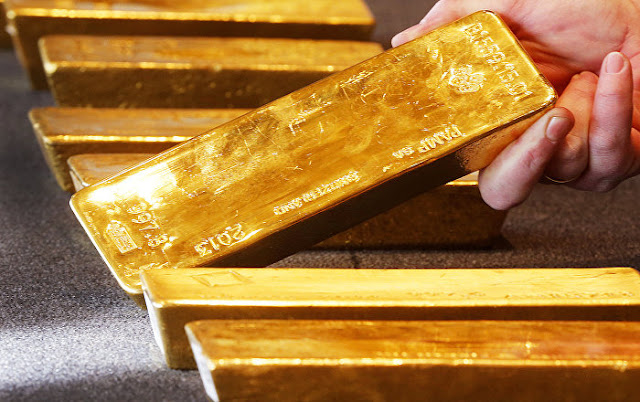 Alchemists have been struggling for ages to create the legendary philosopher’s stone capable of, among other things, turning base metals into precious ones, and specifically – into gold. Modern day Chinese scientists seem to have finally come close to performing such a transformation.

A group of Chinese scientists from the Dalian Institute of Chemical Physics has published research in the journal Science Advances, which describes how they managed to turn regular copper into a material “almost identical” to gold and silver. The metal, which the scientists obtained as a result of result of their experiment was capable of serving as a catalyst for a reaction producing alcohol from coal — something only precious metals such as gold are capable of doing.

Researchers bombarded a piece of copper with a stream of hot and electrically charged argon gas. The procedure charges its atoms, making their electrons more dense and more stable, making the resultant material closer to gold in terms of resistance to erosion, oxidisation and high temperatures.

The research paper points out that the new material based on cheap copper can replace expensive gold and silver in the production of electronic devices, which require significant amounts of these materials.

At the same time, the material will be of little use for counterfeiters, since its density remains the same as copper, thus making the material lighter than gold and a bad choice to make fake gold bars or coins.