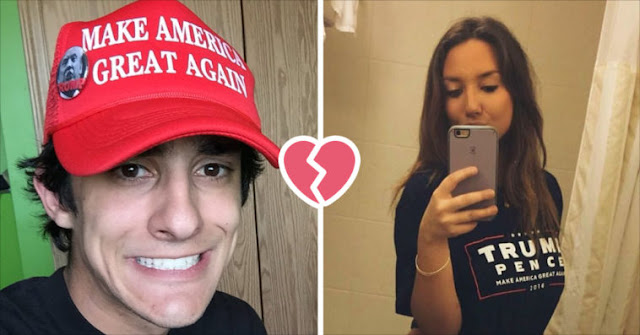 The founder of a new dating app for supporters of President Trump says the company will sue liberals who try to join.

Christy Edwards Lawton, founder of the app Righter, told The Daily Beast in a story published Tuesday that her legal team is prepared to file lawsuits against leftists who try to infiltrate the platform after it launches later this month.

“I have a very nice legal team that will be handling that,” Lawton said. “This is zero tolerance.”

She acknowledged that it might be difficult to figure out the political leanings of a user but said deploying a legal team against Trump critics wouldn’t be detrimental to the dating site.

“Bring it on,” Lawton said. “This is ridiculous. They’re sitting here suing our president.”

Young Republicans have faced backlash on the dating scene in predominately blue cities such as Washington, D.C. Conservatives living and working in Washington have said they are often insulted and met with hostility on dating apps like Tinder and Bumble.

Lawton, a former banker from Wyoming, said she was inspired to create Righter after hearing stories of conservative women being rejected on mainstream platforms because of their political beliefs.

“I kept hearing repeatedly how they kept getting swiped left on and couldn’t even get a date,” Lawton told The Daily Beast.

The app also breaks traditional dating app norms by allowing users to police each other, such as reporting men who don’t pay for the first date.

Righter users are not allowed to hide their age or photoshop their pictures, leaving people at risk of being kicked off the site for altering their images.

Righter is not the only dating app geared toward conservatives.

DonaldDaters launched in October for Trump supporters but faced backlash after it leaked its entire database of users on its first day. The site is marketed toward Trump backers but said everyone was welcome.

While Righter and DonaldDaters are working to unite young Trump supporters, a liberal group launched an anti-Trump dating site earlier this year.