No Comments
The CEO once said a self-sustaining Mars colony won't work if it's wildly expensive for each person to make the voyage. 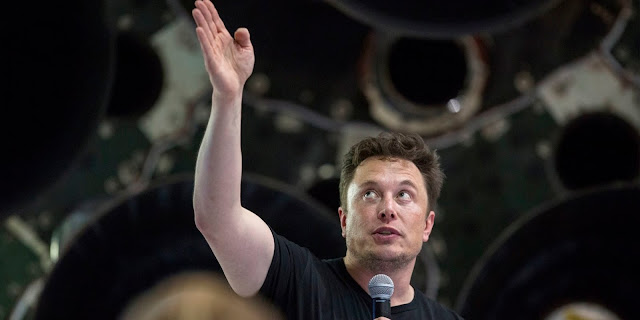 A ticket to the red planet aboard a SpaceX rocket will likely cost "a couple hundred thousand dollars," according to CEO Elon Musk.

That may be expensive, but it's a price point that would make the voyage feasible for people who aren't incredibly wealthy.
"If we can get the cost of moving to Mars to be roughly equivalent to a median house price in the United States, which is around $200,000, then I think the probability of establishing a self-sustaining civilization is very high," Musk said last year.

The billionaire entrepreneur provided something of an update Sunday to Axios during its final episode of its limited documentary series on HBO, reaffirming that the company was aiming for that price point and denying that the voyage would be an "escape hatch" for the rich.

Musk says he might go to Mars "for the challenge"

Millions of people needed for Mars colony, so 80k+ would just be the number moving to Mars per year http://t.co/rwMuzVEK
— Elon Musk (@elonmusk) November 27, 2012

Musk told Axios there's a "70 percent" he'll make the voyage to the red planet. When asked why he'd in light of the dangers, Musk said, "There's lots of people that climb mountains. You know, why do they climb mountains? Because people die on Mount Everest all the time. They like doing it for the challenge."

Most Americans aren't quite as adventurous. When asked how likely they'd be willing to travel into space if it were free, 35% of Americans said "extremely likely" while 31% said "not at all", according to an Axios survey conducted in November.