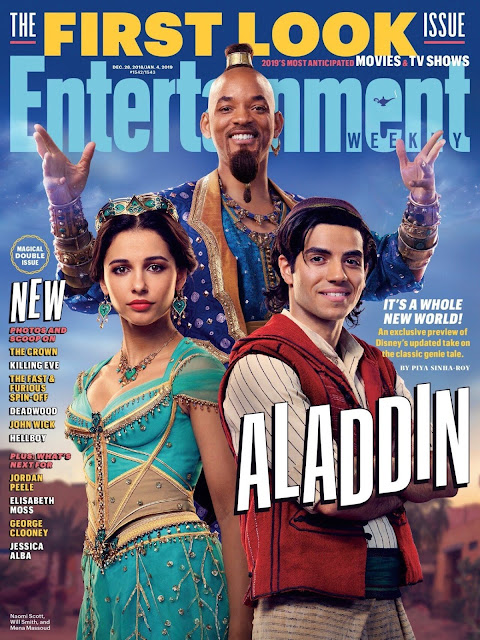 The film's director, Guy Ritchie, told the outlet that "making a kids' film was very appealing" to him and that his take on the beloved tale would feel "fresh and worth it, but not so much that it would wash away nostalgia."

One problem Ritchie said he had to tackle was who would play the iconic character of Genie, played by the great Robin Williams, who died in 2014.

Of course, this new film features Will Smith as Genie, while Mena Massoud plays Aladdin, and Naomi Scott is Jasmine.

Ritchie said one of the remarkable things about the Genie role "is that it's essentially a hyberbole for who that individual actor is, so it’s a wonderful platform and tapestry for an actor to fill his boots on."

Smith told EW that the "flavor" of his Genie "would be different enough and unique enough that it would be in a different lane" than Williams' portrayal, so fans of the original don't have to worry about the actor trying to compete with the animated film's memorable performance.

Though Smith acknowledges he can't recreate the magic Williams did with the role, folks online already have a ton of opinions about his Genie's appearance.

Some thought he looked like the Ishboo's (Kenan Thompson) father, played by Sinbad when he guest-starred on All That.

Others were left speechless.