George H.W. Bush Discreetly Sponsored A Child In Philippines For 10 years As Heartwarming Letters Are Revealed

No Comments
George H.W. Bush continues to warm our hearts, even after his death.

It was recently revealed, the 41st President sponsored a seven-year-old boy in the Philippines named Timothy.

For 10 years Bush sent funds that went toward Timothy’s education, extracurricular activities, and his meals.

According to the non-profit Compassion International, who made the revelation, Bush used a pseudonym, G Walker, when he wrote letters to the boy.

“You’re so nice and good,” the boy wrote in one letter. “I hope you’re in good condition.” 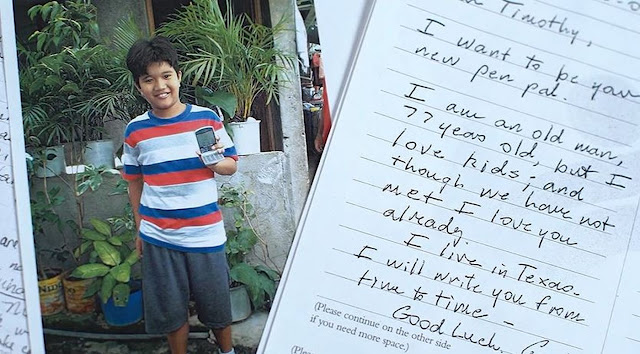 "I love that picture of you holding that 'World Time' gadget...," President Bush wrote in one of the letters.

Bush even mentioned his faith in one letter he wrote to the boy.

“P.S. Be sure to say your prayers. I do every day,” President Bush wrote.

Keeping the secret that Bush was a former president was no easy task.

But Bush would sometimes give more information than he was supposed to.

Like saying he'd been to the White House and that his dog, Sadie, had met a lot of famous people. 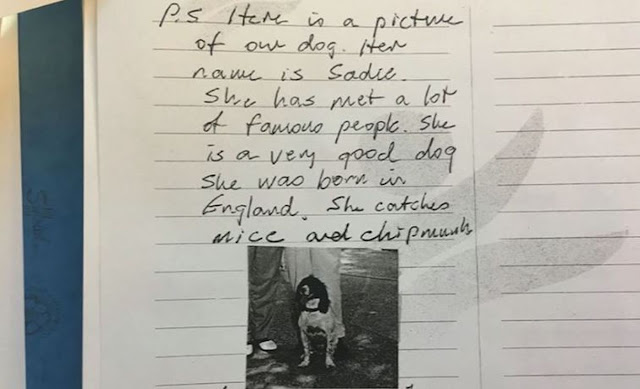 Bush would sometimes give more information than he was supposed to.

Luckily, Timothy never caught on to the hints and didn't find out who his sponsor was until he had graduated from the program. 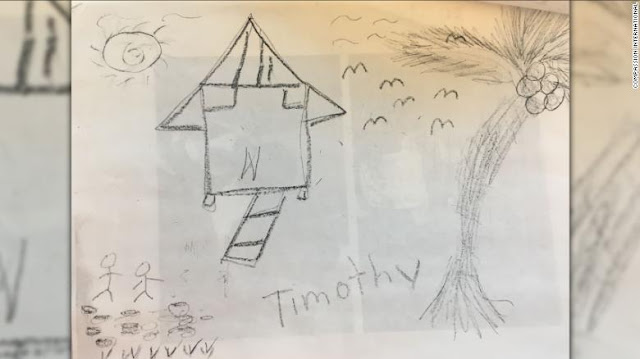 Read copies of the correspondence between the former president and Timothy, below. 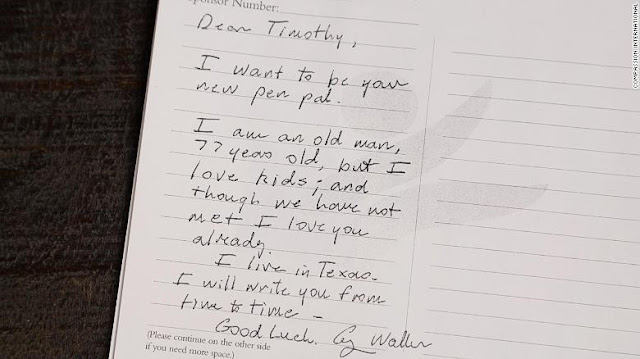 "Dear Timothy,
I want to be your new pen pal.
I am an old man, 77 years old, but I love kids; and though we have not met I love you already.
I live in Texas - I will write you from time to time - Good Luck. G. Walker" 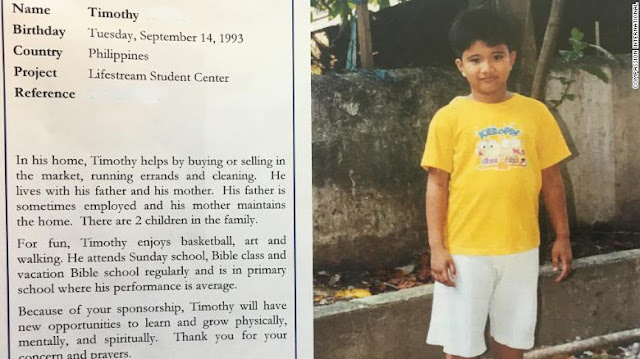 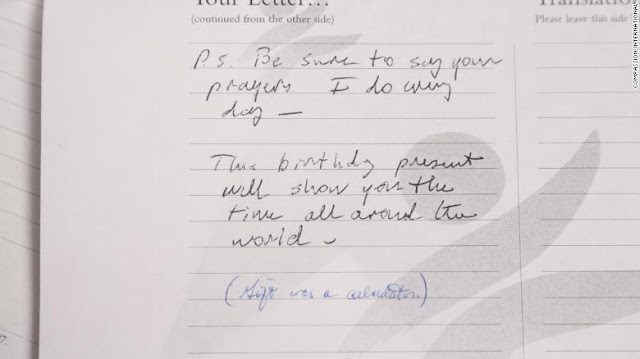 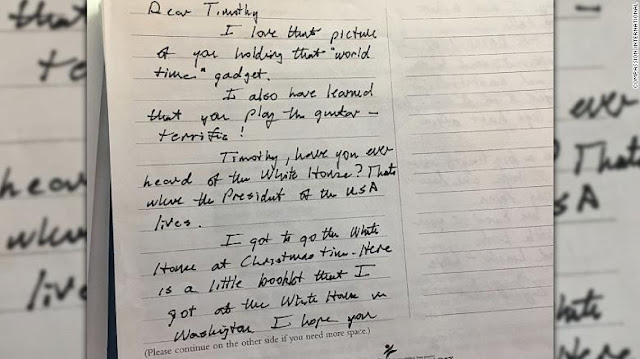 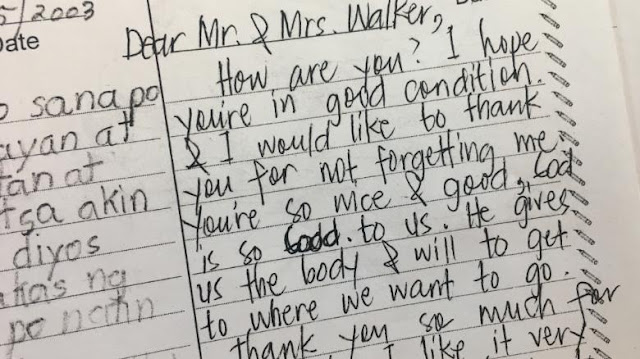 "Dear Mr. & Mrs. Walker,
How are you? I hope you're in good condition.
I would like to thank you for not forgetting me. You're so nice and good.
God is so good to us. He gives us the body & will to get to where we want to go.
Thank you so much for the book, I like it very much."