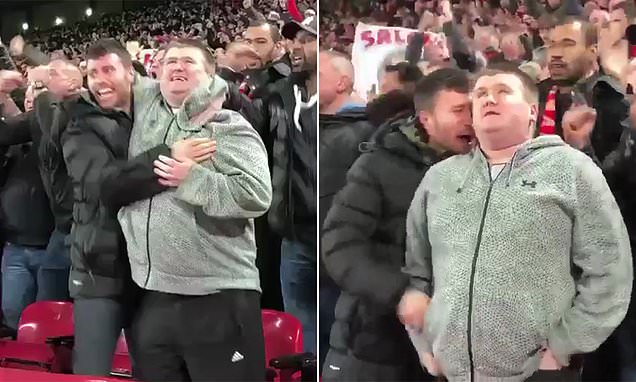 It was a moment that sums up why we love football so much.

TV cameras managed to capture a Liverpool fan describing Mohamed Salah's goal to his visually impaired cousin, leaving those at home watching with a massive smile on their face, moved by the heartwarming moment.

Salah bagged the all-important winner against Napoli on Tuesday night to send them through to the last 16 of the Champions League.

And as Liverpool fans celebrated the goal in the 34th minute, it was this moment that captured the hearts of football fans around the world.

This blind fan celebrating Salah’s goal after his friend tells him about the play is amazing!

Life-long fan Mike Kearney has attended every home game for around five or six years now, and in an interview with SPORTbible, he explained how his cousin often interprets key moments at Anfield.

The 26-year-old said: "I've been going to nearly every home game for about five or six years now. I manage a few away games when I can as well.

"I'm registered blind I have got Retinitis Pigmentosa, it's a degenerative condition. It's got worse as I've got older, thankfully it's a bit more stable now but it's not the best. 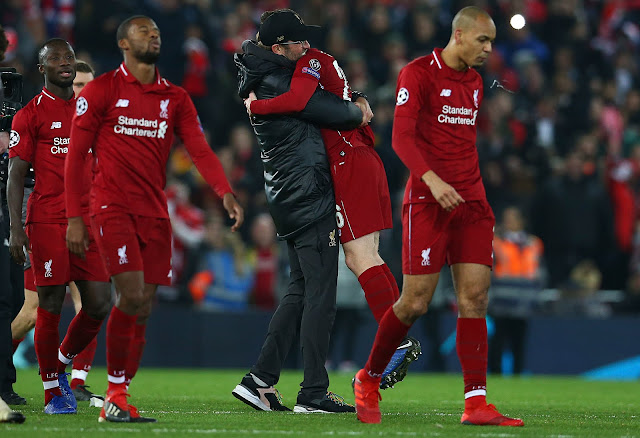 "My cousin was explaining to me who scored. To be honest it's just a normal experience of football for me. I join in with the singing and shouting and celebrate like anybody else does.

"I can see bits of the game up close. But what I can't see clearly isn't hard to work out what's going on.

"And I've always got my cousin or a friend there to tell me about it as well."

Mike soon retweeted the video of him and his cousin, Ste, and loads of nice comments followed.

Nice to read all comments about the video. It’s my cousin telling me it was mo who scored. I can see a little bit but not great. Didn’t know the camera got us 😂 thanks for posting
— Mike Kearney (@MikeKearney1) December 12, 2018

Liverpool scraped a 1-0 win against the Italian side as Alisson made a vital save in the final minutes to save their Champions League journey from ending.