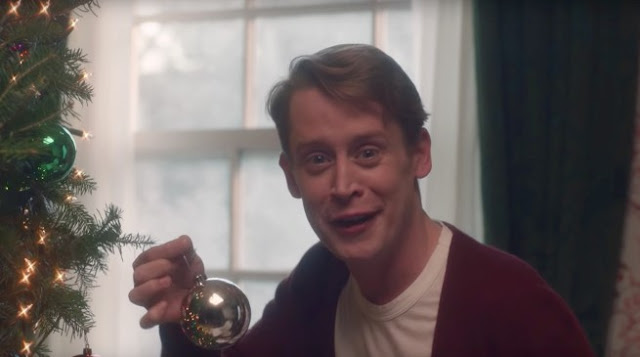 Home Alone is a Christmas classic, and Google has now launched a new ad that will tap into oil well of sweet Home Alone fan nostalgia, in the best way possible!

As you can see below, Home Alone star Macaulay Culkin is back as the adult version of his character Kevin McCallister, in an ad that immaculately recreates scenes of the original Home Alone movie from a more grown-up perspective, and with the modern convenience of having Google Alexa at your service:

#heygoogle Have you ever wondered what Kevin McCallister is like as an adult?  Me neither. But just in case you’re curious you should totally watch this #ad pic.twitter.com/uO9qMPrUT3
— Macaulay Culkin (@IncredibleCulk) December 19, 2018

If you are any kind of Home Alone fan it's impossible not to crack a smile after watching that! Scene-for-scene, director Chris Columbus holiday classic is recreated in immaculate detail, albeit with some humorous twists to reflect the evolution of our culture (digital home assistants); the effects of getting older (jumping on the bed = bad back); the absurdity of some of Home Alone's most famous sequences (the celebrity cut-out party); and of course, a Google-sponsored solution to having bandits try to rob your home. As stated, it's pretty much everything you could want from an ad trying to bring back Home Alone: it has heart, humor, and thanks to Culkin having some fun with himself and his career, it's 100% authentic.

Best of all, this ad makes it seem as though Macaulay Culkin is in a good place right now. The actor has been the source of controversy over the years for his struggles with substance abuse and general bad boy behavior that kept him in the paparazzi spotlight. Culkin has since bounced back, exploring endeavors like his comedy rock band Pizza Underground, and recent comedy website, BunnyEars.com. He's even put in some acting roles, with a few like Robot Chicken aimed at also mocking his Home Alone character.

If you like the ad, then be sure to scroll below to see the making of "Home Alone Again", which just goes to show you how detailed-oriented the ad makers were with re-creating the original film, as well as how much fun Culkin had filming it behind the scenes.