NASA Finally Responds to Fans Begging to Save Tony Stark In 'Avengers: Endgame' 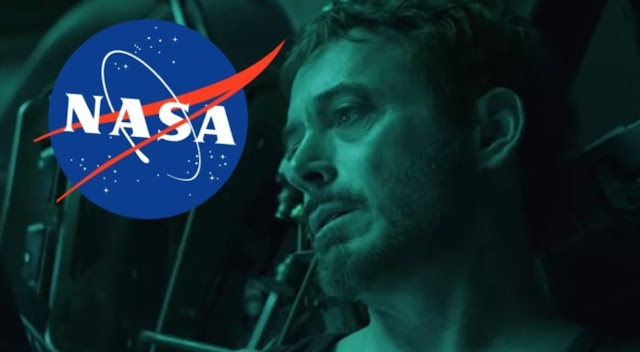 Avengers: Endgame fans seem to be taking the safety of Tony Stark/Iron Man (Robert Downey Jr.) very seriously, and even NASA is getting in on the conversation.

The official Twitter for the agency has been hounded with quite a lot of tweets in recent days, asking them to divert their resources to save Tony Stark, who could be seen drifting in space on the brink of death in the first Endgame trailer. Now, the agency has responded back to those requests, hinting at what they would theoretically do to try to save Tony.

Hey @Marvel, we heard about Tony Stark. As we know, the first thing you should do is listen in mission control for “@Avengers, we have a problem.” But if he can’t communicate, then we recommend ground teams use all resources to scan the skies for your missing man pic.twitter.com/zavXrsPljq
— NASA (@NASA) December 9, 2018


It's a pretty tongue-in-cheek response, in part thanks to the use of "Avengers, we have a problem." But in a way, it does highlight just how dire of a situation Tony appears to be in, especially since fans don't really know exactly what's going to happen next.

“[Endgame] doesn’t do what you think it does,” co-writer Christopher Markus explained earlier this year. “It is a different movie than you think it is...Also…[the deaths are] real. I just want to tell you it’s real, and the sooner you accept that, the sooner you will be able to move on to the next stage of grief.”

"Put it this way," co-writer Stephen McFeely added. “I think [Infinity War] is a fairly mature movie for a blockbuster. It’s got a lot of fun in it, obviously, but boy, it gets very mature. The second one is also mature. We’re going to own these choices, and hopefully surprise and delight you and get you invested. It’s by the same studio, the same filmmaking team. They were written at the same time, shot at the same time. They’re clearly connected, but they are definitely two different movies, one of which is dependent on what happened previous.”