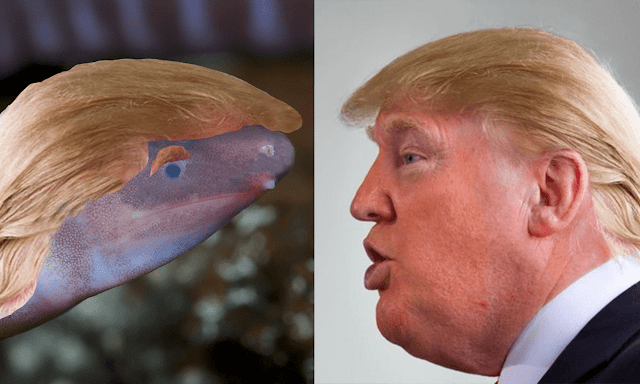 A newly discovered blind and burrowing amphibian is to be officially named Dermophis donaldtrumpi, in recognition of the US president’s climate change denial.

The name was chosen by the boss of EnviroBuild, a sustainable building materials company, who paid $25,000 (£19,800) at an auction for the right. The small legless creature was found in Panama and EnviroBuild’s Aidan Bell said its ability to bury its head in the ground matched Donald Trump’s approach to global warming.

Trump’s distinctive hair has already led to comparisons to a poisonous furry caterpillar and a golden-plumed pheasant, while a yellow-crowned moth was called Neopalpa donaldtrumpi in 2017.

Climate change is already harming Americans’ lives, from wildfires to floods, and will get worse, according to a US government report published in November. Trump’s response to the report was: “I don’t believe it.” 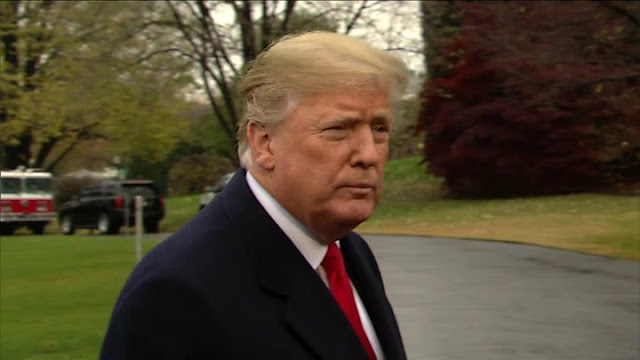 The only event his administration put on at the recent UN climate summit in Poland extolled the virtues of fossil fuels, to cries of “shame on you” from protesters.

The newly discovered creature is a caecilian and its naming rights were auctioned to raise money for the Rainforest Trust. The scientists who found the 10cm amphibian have agreed to use the name Dermophis donaldtrumpi when they officially publish the discovery in scientific literature. 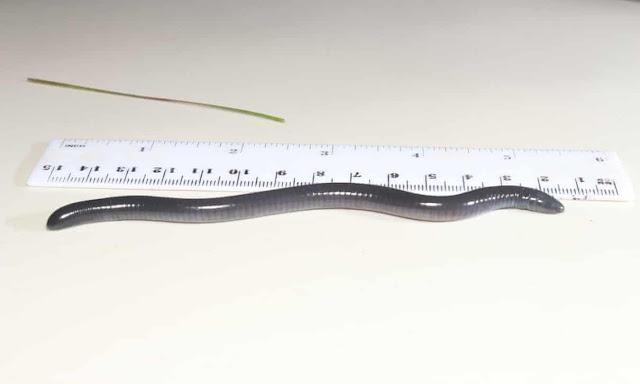 Bell said: “It is the perfect name. Caecilian is taken from the Latin caecus, meaning ‘blind’, perfectly mirroring the strategic vision President Trump has consistently shown towards climate change.”

As an amphibian, the shiny animal is particularly susceptible to the impacts of global warming and is therefore in danger of becoming extinct as a result of its namesake’s climate policies, the Rainforest Trust said.

Chris Redston, the executive director of Rainforest Trust UK, said: “Protecting the world’s remaining rainforests is acknowledged as one of the most effective ways to mitigate climate change, yet every day nearly 70,000 acres of rainforest are destroyed forever.

“This destruction is not only one of the main causes of climate change, but it is also having a devastating impact on endangered wildlife, indigenous communities and the planet’s weather patterns.”