Scientist May Have Found Ancient Turtle Fossil On Mars 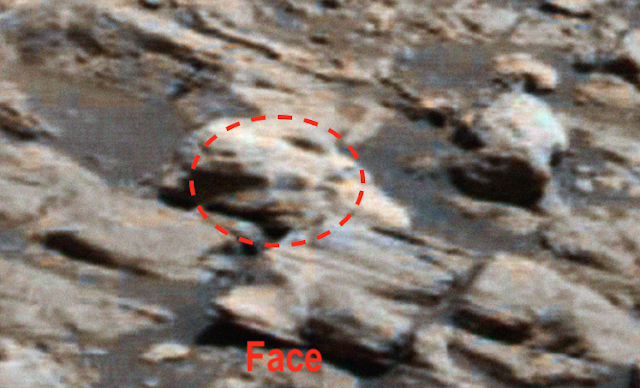 AN ancient fossil has been discovered on Mars with some saying it is proof that turtle-like creatures once existed on the Red Planet.

Scientists are determined to find life on Mars, although now it would seem that the only life-form there would be microbial. However, this has not deterred amateur alien hunters who believe they have compelling evidence that some creatures live, or lived at one point, on the Red Planet. The latest discovery comes in the form of a “turtle-like fossil” which is claimed in some quarters of the internet to be proof of a species on Mars.

The finding was made using images from NASA’s Mars rover and is apparently concrete proof of life elsewhere than on Earth.

Prominent conspiracy theorist Scott C Waring was the first to make the sighting.

Mr Waring wrote on his blog UFO Sightings Daily: “I found a turtle-like fossil of of a creature in a Mars surface photo today. The object shows lots of signs of once being an animal.

“The shell has a back bone area from front to back. It also has ribbed sides that are slightly raised as turtles have.

“One end looks like its where the head came out because its raised up allowing an open area. “The opposite side has a tail like sharp area which is part of the shell. Instead of a soft tail as turtles have here on Earth, this has a hard tail that is built into the shell itself.”

Mr Waring has made similar claims like this before.

Just last week he announced he had found a object which was eerily similar to an ammonite fossil – a common fossil found on Earth from a curled up shell from an ancient sea mollusc.

Mr Waring said: “I noticed this object near the rover looks very similar in shape to a snail. 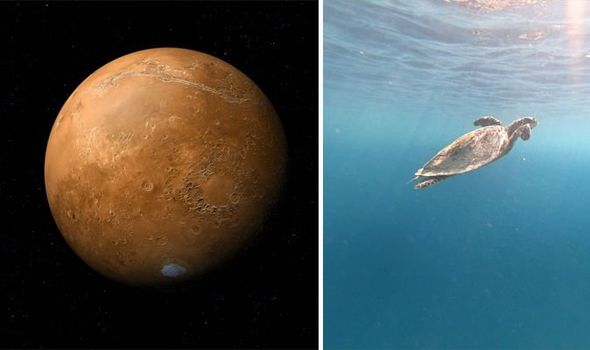 “I believe that since it evolved on a different planet, its shape was effected by a different evolution involving different environmental influences.”

However, sceptics and NASA would say the fossil and other similar findings are just the effects of pareidolia – a psychological phenomenon when the brain tricks the eyes into seeing familiar objects or shapes in patterns or textures such as a rock surface.

This would mean that the Martian 'fossil' could just be a misshapen rock.