No Comments
The man behind a GoFundMe campaign that has raised $11 million in private money to build President Donald Trump's proposed US-Mexico border wall also ran conspiracy-theory websites and a related Facebook page that was kicked off the platform in October.

Brian Kolfage, a US veteran who travels to speak about being a triple amputee, aims to raise $1 billion with his "We The People Will Fund The Wall" fundraiser to construct a 2,000-mile wall along the border. 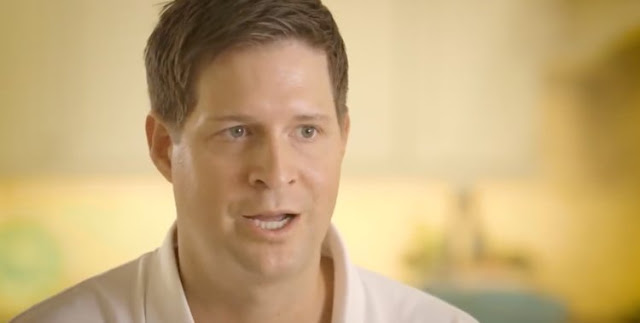 As of Friday morning, the campaign, which went live on Sunday, had passed the $11 million mark, with contributions from 186,000 backers, one of whom donated $50,000 anonymously.

NBC News reported on Thursday that Kolfage used to run a Facebook page called "Right Wing News" that was culled in October when Facebook deleted 559 pages for what it described as "inauthentic activity."

Facebook said these pages worked to "mislead others about who they are, and what they are doing" and used fake accounts to drive traffic to their websites. 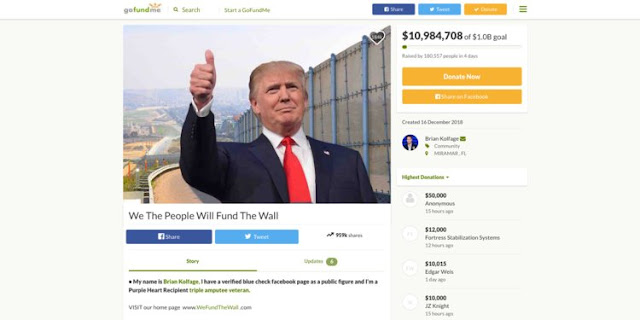 MailOnline said some headlines from another of Kolfage's sites, called FreedomDaily, included "Money-Grubbing Muslims Stole Over $16 MILLION From Needy Americans — Trump Has Perfect Punishment" and "Kaepernick Just Released His Own 'Bill of Rights' And Is Forcing Everyone In America To Follow It."

After Right Wing News was culled, Kolfage made a Facebook group called Fight4FreeSpeech to raise money to keep the sites alive, NBC reported.

He told NBC he did not mention his past on the GoFundMe page because he "didn't want it to be a distraction" from the border-wall project.

"I don't wanna mix the two," he said. "That shouldn't be the focus. My personal issues have nothing to do with building the wall."

Kolfage said in an interview with The Guardian after his page was taken down that he was shocked.

"I've talked with Facebook maybe 50 times in the last few months," he said. "Not once did they ever say we broke any rules or did something wrong."

On the GoFundMe page, Kolfage wrote: "Like a majority of those American citizens who voted to elect President Donald J Trump, we voted for him to Make America Great Again. President Trump's main campaign promise was to BUILD THE WALL. And as he's followed through on just about every promise so far, this wall project needs to be completed still."

"Democrats are going to stall this project by every means possible and play political games to ensure President Trump doesn't get his victor," he said, adding, "This won't be easy, but it's our duty as citizens."

On Thursday, Trump said he would not sign a bill to keep funding the government past Friday because it did not provide money for a border wall.

Kolfage said on the GoFundMe page that the government had accepted large private donations before, like when "a billionaire donated $7.5 Million to fund half of the Washington Monument repairs in 2012," and that the wall project was a similar situation.

A rival GoFundMe campaign to buy "ladders to get over Trump's wall" was created in response to Kolfage's.

Kolfage told Business Insider: "Right wing news was not a clickfarm, it was a 17 year old news site, blue check and credible. Facebook stated they removed our page not for content but they said we were "manipulating their algorithm" which is completely false and why we are filing a lawsuit against them."