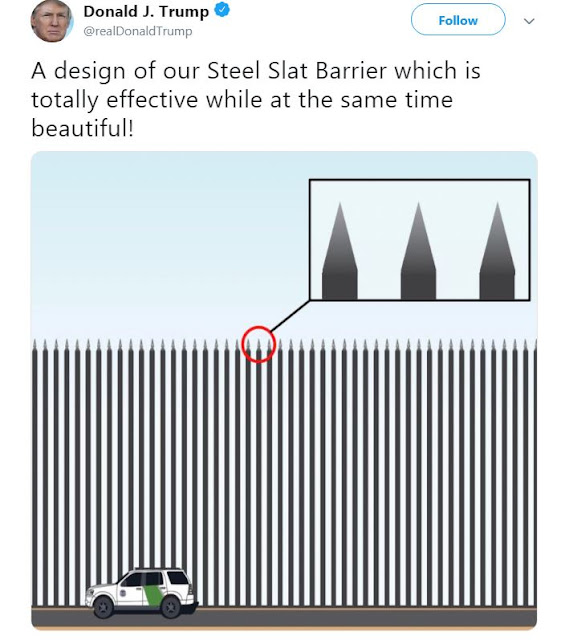 President Trump on Friday night tweeted an image of a proposed barrier for the US border that included tall steel slats with spikes on top.

A design of our Steel Slat Barrier which is totally effective while at the same time beautiful! pic.twitter.com/sGltXh0cu9
— Donald J. Trump (@realDonaldTrump) December 21, 2018


Trump tweeted the image as Congress remained deadlocked over $5 billion in funding for the wall and Capital Hill braced for a government shutdown.

“A design of our Steel Slat Barrier which is totally effective while at the same time beautiful!” Trump tweeted.

The image depicted a Customs and Border Protection vehicle next to the “steel slats” which appear to be about 20 feet tall.

The simple rendering also includes a close-up of the proposed spikes top of the slats.

It wasn’t clear who had developed the design.