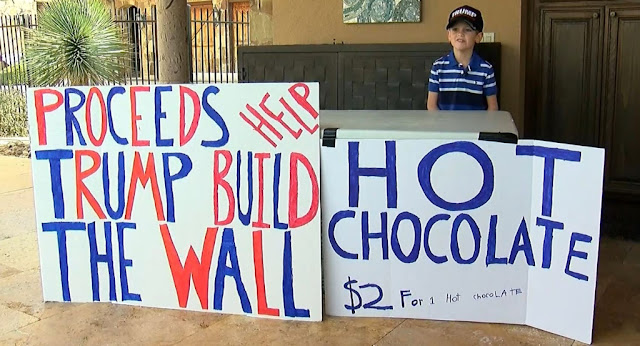 An Austin boy has raised more than $5,000 from selling hot chocolate dedicated to funds to build a border wall along the southern U.S. border.

On Saturday, Benton Stevens and his dad Shane posted video on Facebook showcasing the hot chocolate stand in front of a shopping complex, selling for $2 a cup.

A sign in front of the boy's stand said "proceeds help Trump build the wall." 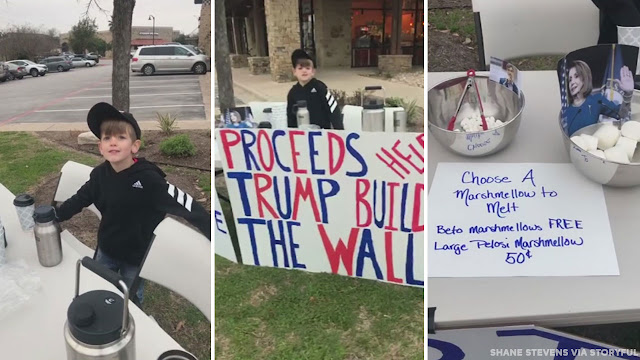 After sales over the weekend, Benton's dad posted Monday that the boy raised more than $2,200 through a Venmo account. By Tuesday, the dad reported the account totaled almost $5,000. 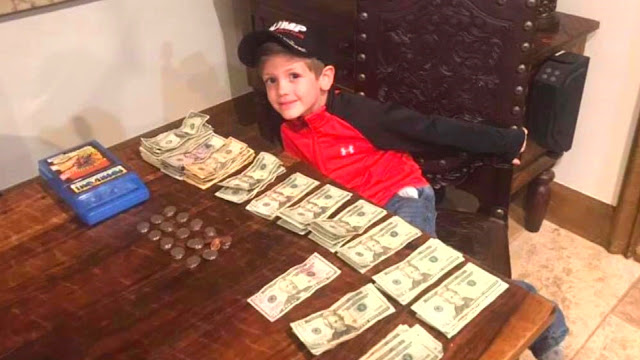