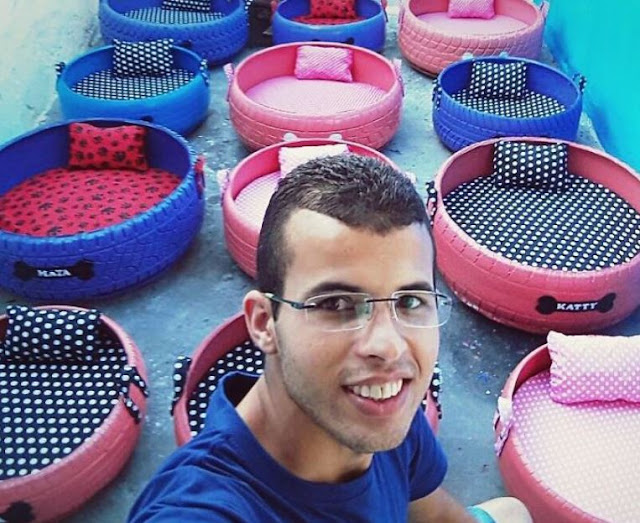 There are some things you see out there that simply brighten up your day, and restores your faith in humanity.

Seeing what Brazilian artist Amarildo Silva does with his time and skill is one though’s sights.

This wonderful young Brazilian craftsman has dedicated more than a dedicated and a half to giving animals some love and joy in their lives, by taking something people just throw away as trash, and turning it into a furry friends treasure.

Amarildo turns old tires that he fines thrown out as trash on the streets and turns them into comfortably decorated beds for dogs and cats. 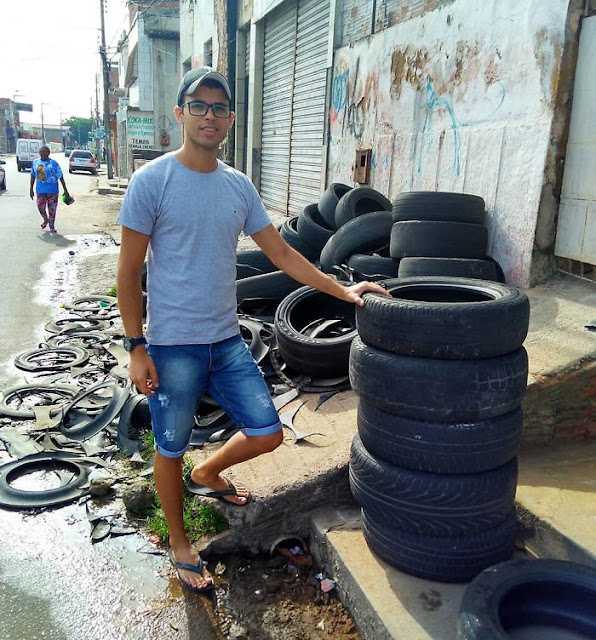 It all started about two years ago when Amarildo was looking for a way to make some extra income off all the trash the people were throwing into the streets in his area.

From a young age he enjoyed making hand crafted things with materials people were no longer using and would be discarded otherwise.

He learned quickly that if you can create something new out of an item that would be thrown out anyways, he could help to contribute to the well-being of his neighborhood as well as make a few extra dollars doing so. 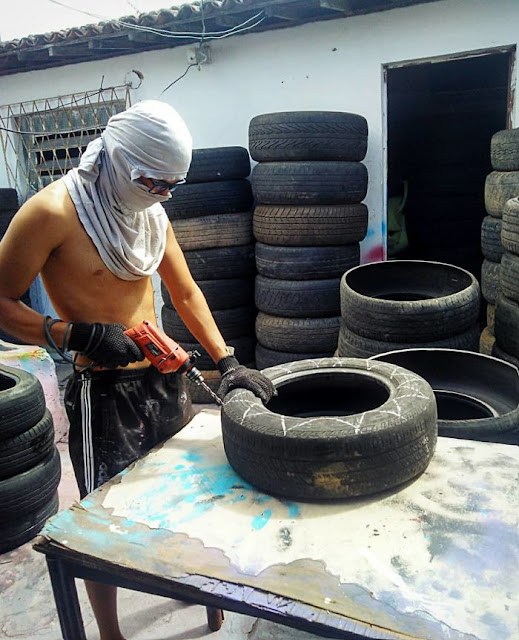 One thing that Amarildo realized that the old tires that were thrown out were already being used as refuge for dogs that lived on the streets.

It gave him the idea to make them feel more at home and have a more comfortable place to lay their heads.

The artist began collecting old car tires that he would find on the street, taking them to his home and putting all of it in his backyard, dedicating one entire room in his place to storing the tires. 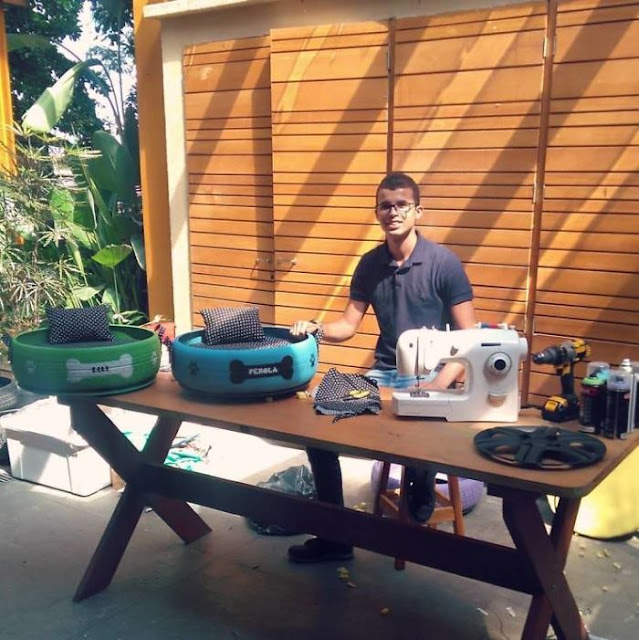 After separating all the tires, he cuts them, then washes and paints them. 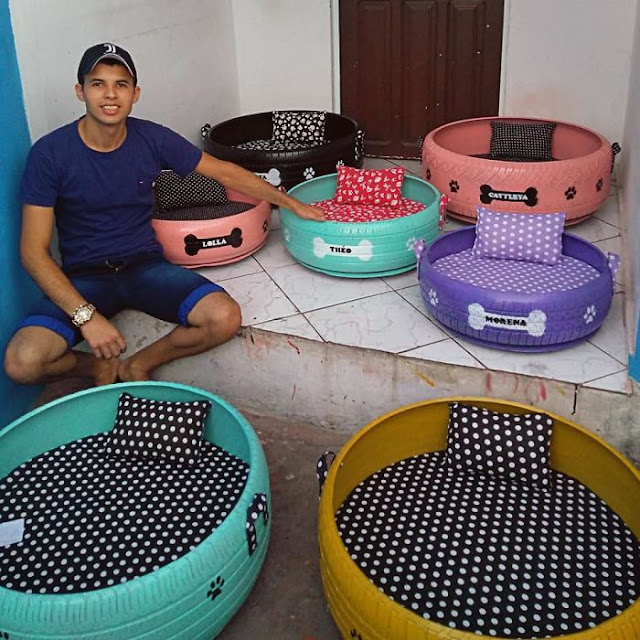 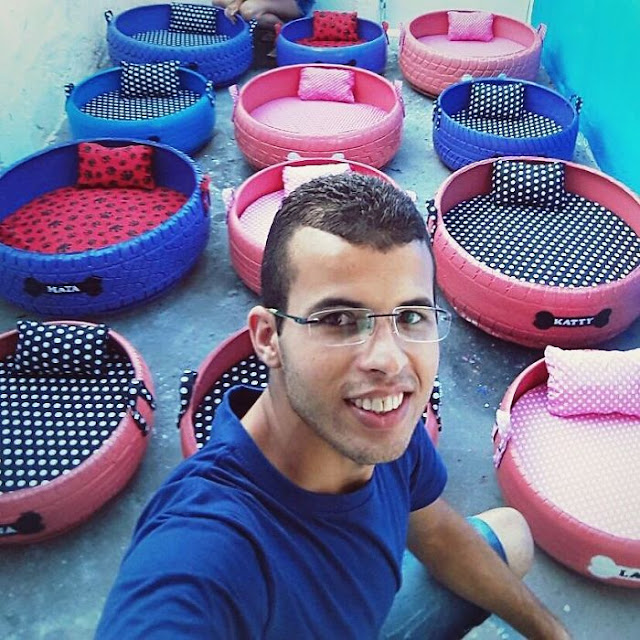 He then writes the name of each animal the tire bed will belong to. 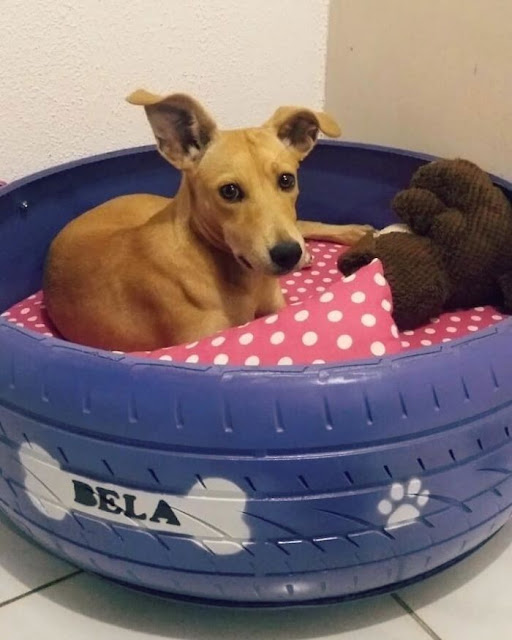 This artist wast able to combine two things he loves to do, helping animals, and re using forgotten items. 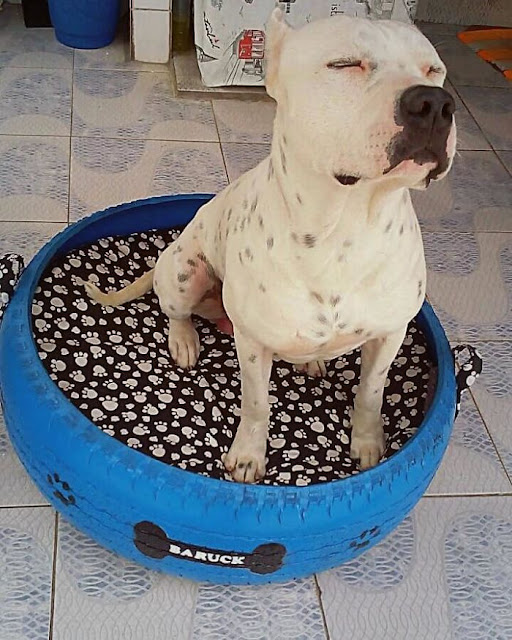 Amarildo’s hope is that this project will contribute to a more sustainable world, and plans to present more innovative ideas for generating a socio-environmental impact in the future as well.