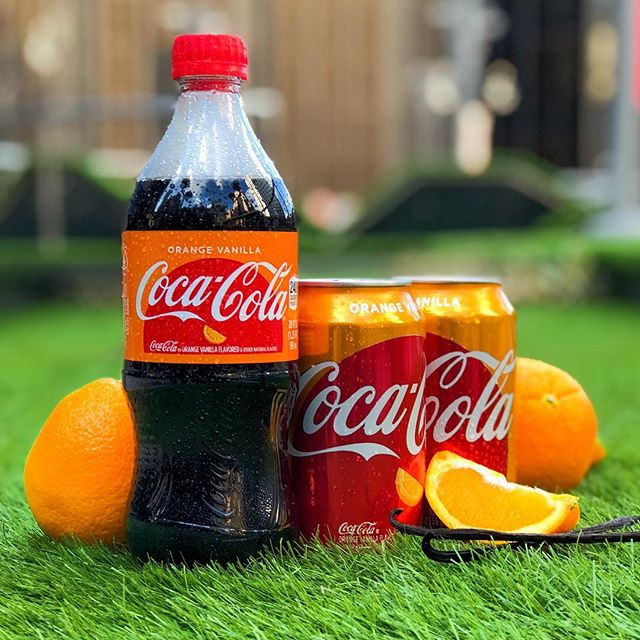 Attention Coca-Cola lovers! The classic American beverage of Coca-Cola is adding a new flavor to its always expanding roster. Coca-Cola is known for its classic flavor and soda labels, and offers various flavors of regular and diet soda, like lemon-lime. There are also sodas with no calories, no caffeine, and no sugar.

The newest flavor from Coca-Cola will be orange vanilla. This new flavor is also going to be available in both the classic Coke and Coke Zero varieties. Orange Vanilla is also joining a list of flavored Cokes that include Cherry Coke and Vanilla Coke. It’s also the first double flavor for the Coke brand in more than ten years.

According to consumers who have already tried the new beverage, the combination of orange and vanilla is similar to a creamsicle, with more of a cola flavor. The new Coca-Cola flavor is going to be available in grocery stores and big box stores across the United States starting on February 25th.  It’s unclear if this will be a limited edition flavor or the orange vanilla flavor will be available from Coca-Cola for years to come.

In addition to this new flavor, Coca-Cola fans will also be able to enjoy it in multiple sizes. The new orange vanilla Coca-Cola flavor will be available in twelve-ounce cans and twenty-ounce bottles. For the months of March, April and May, this new orange vanilla flavor will also be available in “sleek” bottles that are tall and skinny as an added promotion.