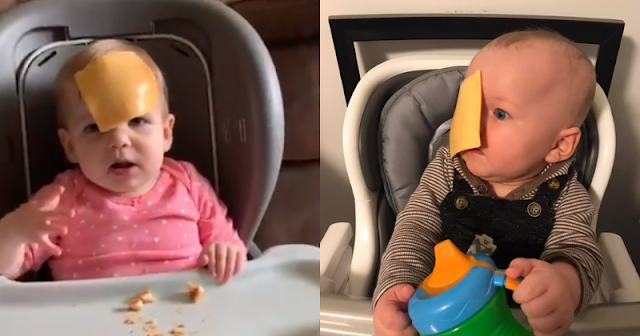 Viral challenges come and go, with most of them being harmless. The #CheesedChallenge has a lot of people confused. A Twitter user with the handle @unclehxlmes kicked off the inexplicable trend of throwing cheese slices at babies and children after he posted a video of the act in question. When media outlets started to message him asking if they could use the clip, he decided to delete the tweet.

"I did not expect it to get onto these news articles and to turn into a trend," he said in a tweet explaining why he deleted the video. "Firstly i saw the video on Facebook and did the typical nab tweet for a joke on Twitter as people do." Clarifying that it actually wasn't him in the video, which amassed over 10.3 million views and 758k likes on Twitter, he spoke to the child's mother and removed the tweet.

explanation to why i deleted it, if u wanna ask anything just dm me pic.twitter.com/FXl2INd1Hn
— yungholmes VE (@unclehxlmes) March 1, 2019

The challenge might seem strange, but at least people aren't putting themselves in danger like with the Bird Box challenge.