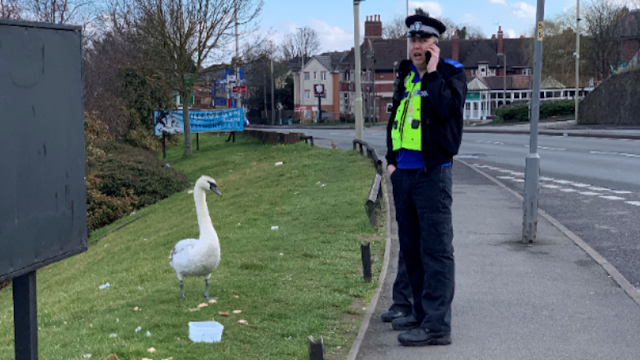 In a photo, you can see a police community support officer appearing to call for backup, just like in the film Hot Fuzz.

The PCSOs were caught on camera attempting to catch the bird in Dudley, West Midlands, on Saturday 2 March at 11.45am.

As you'll probably remember, the sight was reminiscent of that hilarious scene from the movie, which also featured an equally belligerent bird.

A passing driver, who captured the amusing moment, said: "I was on my way to do some shopping and I pulled over to take a picture.

"It reminded me of that funny scene on Hot Fuzz." 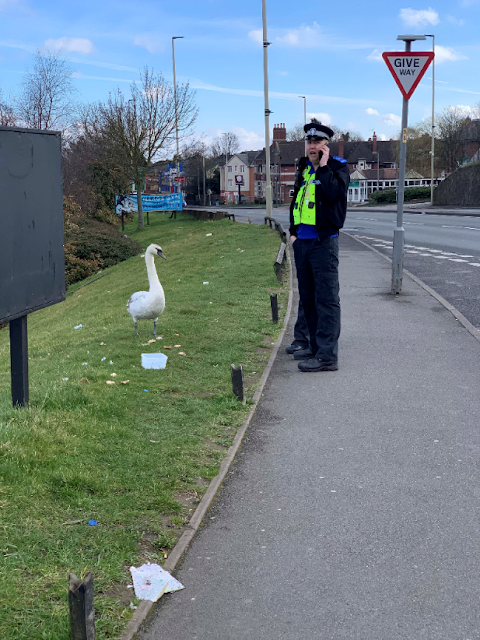 Just wonder if they were responding to a phone call from a certain Peter Ian Staker (aka P.I. Staker... aka Piss-taker), that simply said: "Morning, the swan's escaped!" 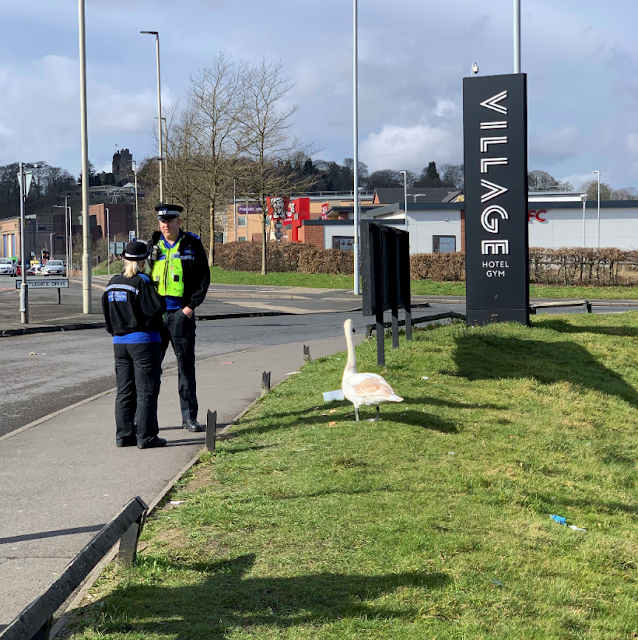 Funnily enough, it turns out such stand-offs between the police and swans aren't as rare as you might think.

Not only did a police officer in Sweden find himself in a similar situation recently, but the same thing also happened in St Ives, Cambridge.


Police officers in the area had 'arrested' a swan for what they described as 'road rage, an RTC and obstructing the highway'.

The force had been called by a member of the public (not Peter Ian Staker, apparently) who was concerned for the swan on the A1123.

It was feared that the swan may have been hit by a lorry, but later checks by the RSPCA revealed that the bird had shown no signs of injury.

The RSPCA then released the bird in a river, following its capture.