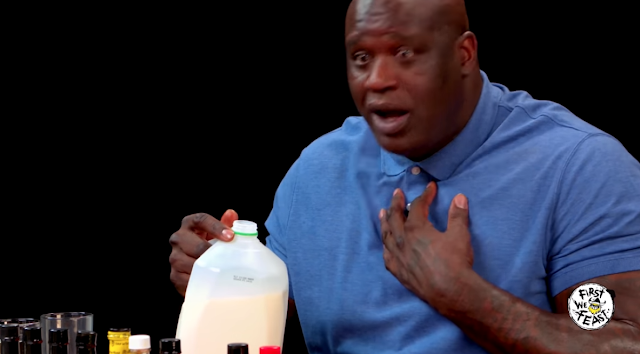 One of the funniest moments in the entire 30-minute video is at the 18-minute mark when Shaq tried Da’Bomb Beyond Insanity hot sauce from Original Juan in Kansas City, Kansas.

“Kansas don’t know how to do no hot wings,” he said eating a wing rolled in the sauce.

He immediately regretted his words.

Seconds later he gasped for cool air and reached for the milk while saying, “I apologize Kansas.”

In between cursing, the former NBA star burped, coughed and even vomited. Then he pleaded for some ice cubes while tears welled up in his eyes.