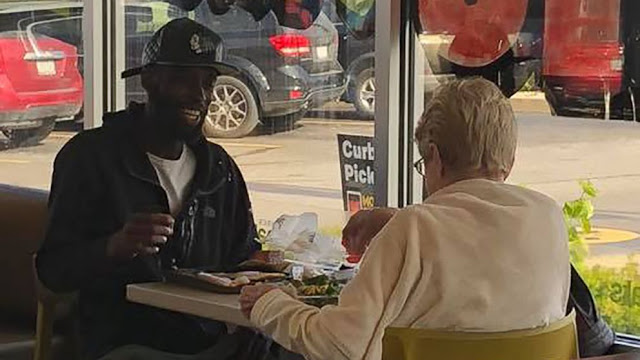 Amanda Marquell Craft is a teacher in Nobelsville, Indiana, and last week, she and some coworkers were on a lunch break at a McDonald’s.

But suddenly the women overheard a conversation between a young man sitting at another table opposite an elderly woman. Their stark differences peaked the interests of the group, but it was the exchanged words that confirmed Amanda’s belief that she had to do something.

In the end, she took a photo of the pair, her mind fixed on the young man who would later be identified as Eric Haralson. Just before she left the restaurant, she told him: “I hope you know, you’re going to go viral.”

It turned out, as a matter of fact, he did go viral 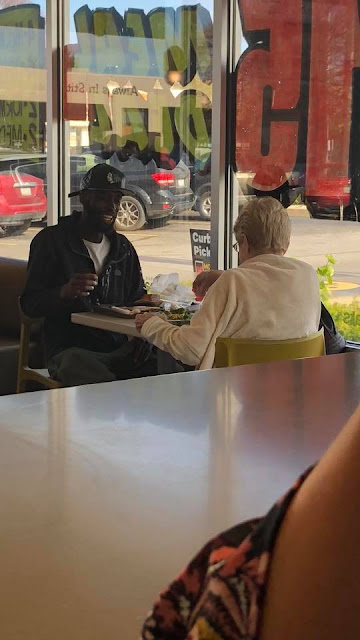 It was when Amanda posted the photo to social media later that evening that she explained the entirety of the story.

She began by divulging that the elderly woman appeared to be lonely, and that she’d approached Eric to ask if she could sit with him.

“Without hesitation, this guy said, ‘of course,’” Amanda said.

Shout out
She continued: “Shout out to this guy! My friends and I watched him introduce himself and shake her hand. They talked and laughed together like they were friends. They didn’t know each other, and they couldn’t be more different. But, today, they shared a meal together and it touched our hearts.”

Unsurprisingly, plenty of people shared Amanda’s joy at Eric’s actions. Before long, he and his companion – known only as “Jan” – took the internet by storm. 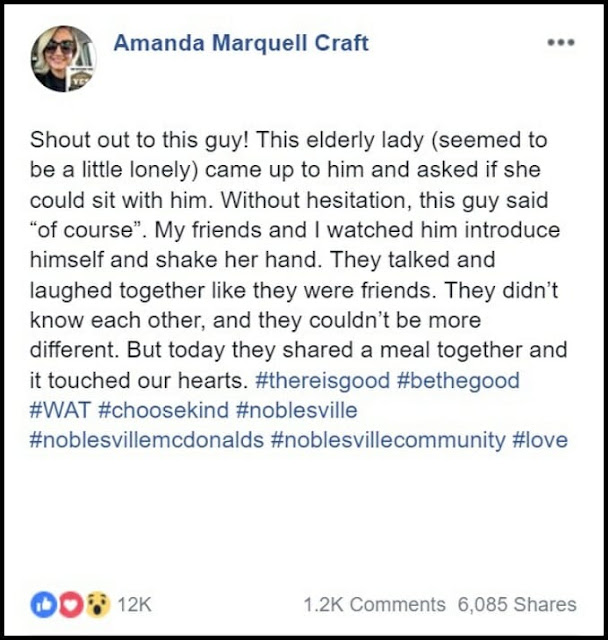 Speaking to Inside Edition, Eric revealed: “She said she just wanted a little conversation, because no one likes to eat alone.”

Eric cleared a place for her and the two struck up an unlikely friendship.