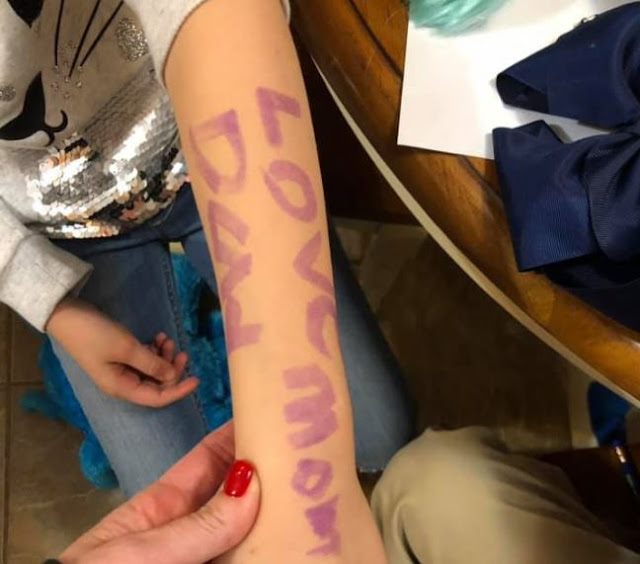 Written on February 7, Reed’s post describes the aftermath of a bomb threat called into her children’s school.

She writes how although there was a genuine lockdown and police were called, her children “seemed fine” when they returned home from school.

But it wasn’t until she was changing her daughter, Vanessa, out of her uniform that she noticed something written on the girl’s arm.
“Love mom and dad,” it read in marker. 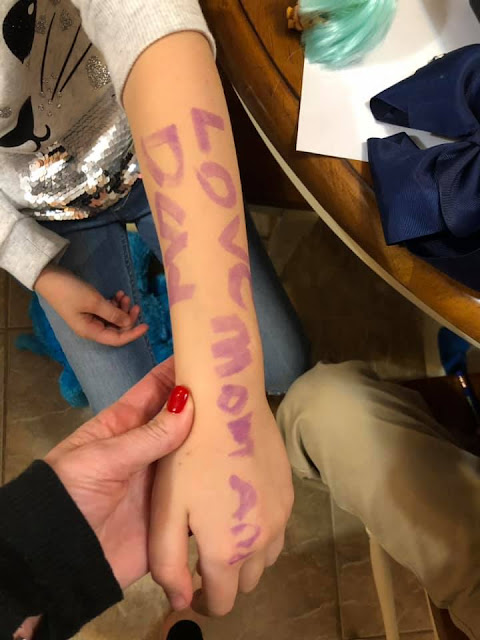 When she asked about the message, the little girl replied that she had written it “in case the bad guy got to us and I got killed, you and daddy would know that I love you.”

When she began to cry, “I watched a little piece of her innocence get stolen away,” writes Reed.

Reed’s post garnered over 82,000 reactions, 9,000 comments, and 68,000 shares in less than one weeks’ time. Many of the comments were from moms relating to Shelley’s situation and voicing their sadness and helplessness at the state of affairs. 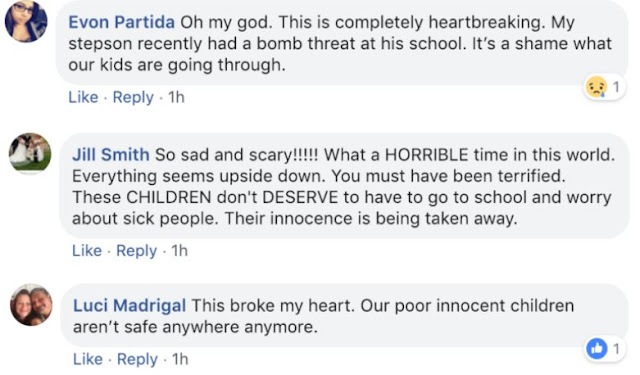 It was then shared to Twitter—where it also went viral—by mom, social worker, and teacher Allison Berkowitz.

"So my kids school had a genuine lock-down today... I say to her, why did you write that on your arm? She says, 'in case the bad guy got to us and I got killed, you and daddy would know that I love you,' and she started to cry." -Shelley Harrison Reed pic.twitter.com/blKjrzIfJX
— ❤️ Allison Berkowitz ❤️ (@SocialWorkItOut) February 12, 2019