World's Sexiest Koala Has the Internet All Hot and Bothered 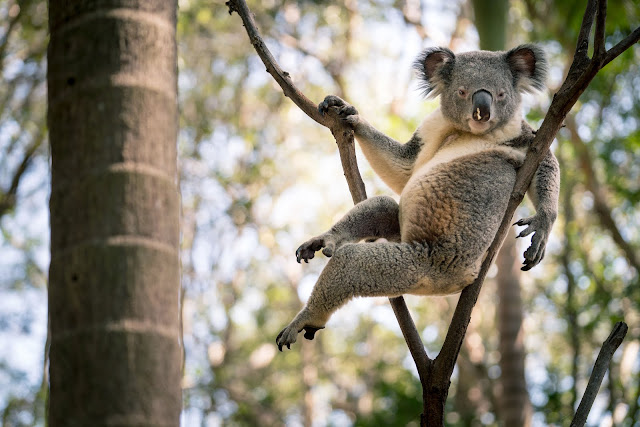 His name is Rogue, and this Aussie cutie is giving the Hemsworth bros a run for their money

It’s not every day that an animal makes headlines for being a heartthrob, but Rogue the Koala is no ordinary bear. In fact, he’s not a bear at all (common misconception!) — he’s a marsupial, and this Australian cutie is giving the Hemsworth brothers a run for their money.

British photographer Ross Long recently snapped an alluring photo of Rogue while visiting Currumbin Wildlife Sanctuary in Queensland, Australia, and posted it to Instagram, where it has picked up (ahem) steam. “Draw me like one of your French girls, Jack,” reads the caption alongside Rogue’s magnetic visage — a reference of course, to the infamous Titanic scene.

Since becoming an international online sensation, Rogue has been described by the media as “sexy” and “seductive” and lauded for his “come hither” pose. PEOPLE reached out to Sarah Eccleston, Mammal Team Leader and Koala Specialist at Currumbin Wildlife Sanctuary, to find out more about the animal who may just be “The World’s Sexiest Koala.”

“Rogue has got some sultry poses for sure,” says Eccleston. “Everyone loves Rogue; he is a gentle giant. He’s our largest male, weighing in at 9.4 kilograms [around 20 lbs.].” 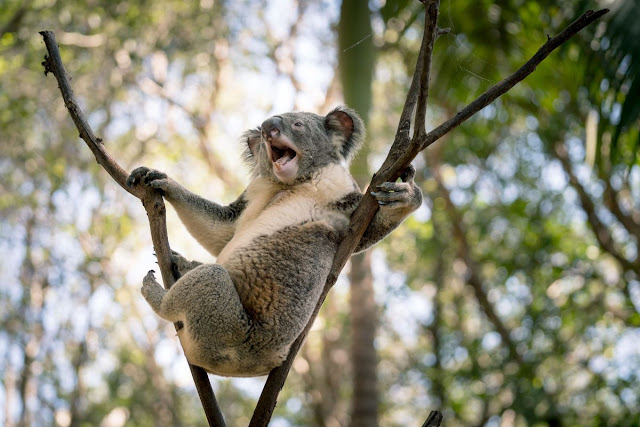 According to Eccleston, 5-five-year-old Rogue, who was born and raised at Currumbin, will soon take a leading role in the sanctuary’s koala breeding program. “His dad was quite a handsome guy and has obviously passed down some of his moves to his son. Now that he’s a global koala superstar, he might have quite a few koala ladies knocking on his door,” Eccleston tells PEOPLE. She also says he is one of the sanctuary’s sweetest, most popular koalas.

The koala expert says that Rogue is “probably the most laidback koala we have — very much your typical Aussie guy!” When he isn’t striking a pose for his admirers, Rogue can typically be found sleeping (approximately 20 hours a day), and “the rest of the day he spends eating … he likes his gum leaves!”

The Currumbin Wildlife Sanctuary and the Currumbin Wildlife Hospital is a not for profit organization which mainly relies on visitors and kind donations from the public. Anyone who would like to “adopt”/foster an animal or make a donation, can click over to the sanctuary’s website for more information.