14 animals that hibernate that aren't bears 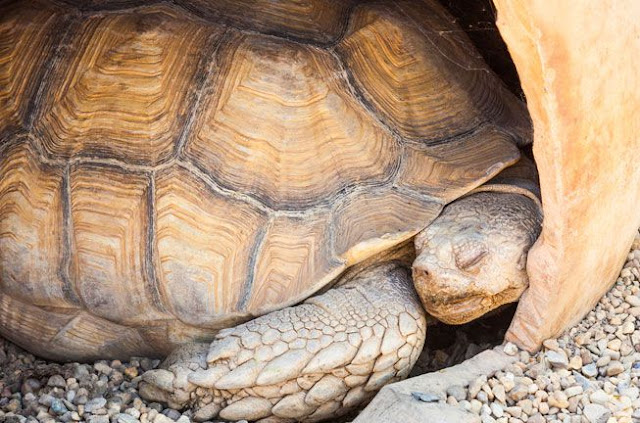 Hibernation is truly an amazing physiological feat for animal survival. Without this ability, a lot of animals would freeze and die. Bears are the animals most known for hibernating the winter away, but they aren't the only ones. Take a look at some of the other animals that like to hide out until spring arrives. 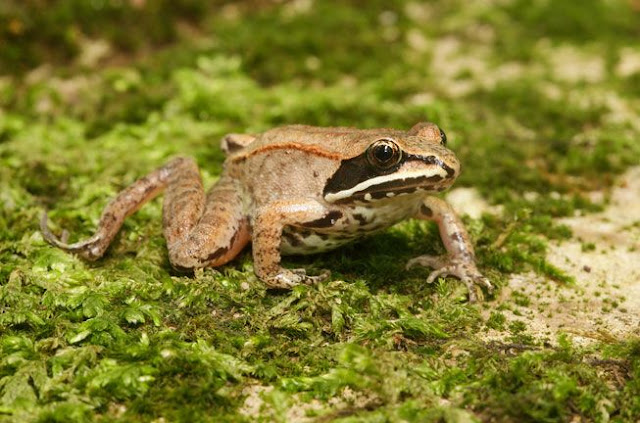 The heart of a wood frog actually stops beating when the creature is hibernating.

If it's late winter or early spring and you find a frog that looks like it might be dead, it might be a hibernating wood frog. This hibernation process is pretty amazing because their little hearts actually stop beating and tiny little ice crystals start to form in the blood! Then when the weather warms back up, the ice melts, the heart starts beating again, and off the little frog goes. 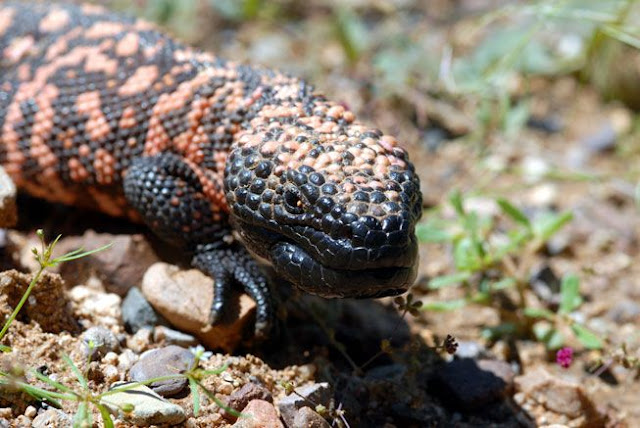 Even though the gila monster favors warm climates, it hibernates when it gets chilly in the desert.

This large lizard, which reaches over a foot in length, is known for being one of only two venomous lizards in the world. You can find it in parts of the Southwestern United States. During November to February, it will go into hibernation until it's warm again. 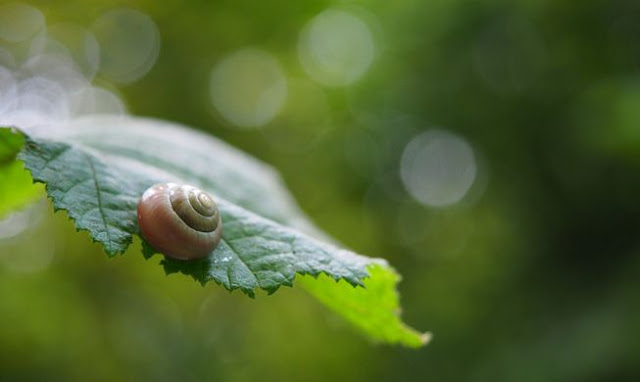 Snails hibernate any time the weather reaches an extreme.

Not all snails hibernate, but when they do, it's a cool process. Snails can hibernate any time the weather is extreme, meaning both hot and cold temperatures. They will cover themselves in a thin mucus, which protects them from the elements and prevents them from drying out. 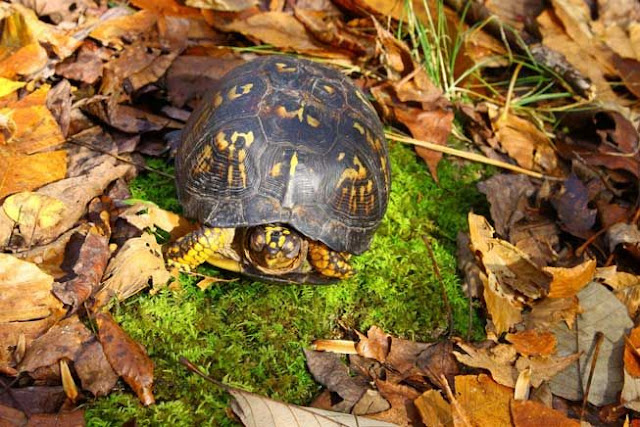 Box turtles sleep for about three or four months.

Since they can't produce their own body heat, it's a must for turtles that they hibernate when temperatures start dropping. It varies from one turtle species to another, but box turtles, for instance, generally hibernate for three to four months.

Freshwater turtles hibernate in water where their body temperatures will stay relatively stable and won't go below freezing, Jacqueline Litzgus, biology professor at Laurentian University, writes in Live Science. There, they rely on something called cloacal respiration, which means breathing out of their posteriors.

"When turtles hibernate, they rely on stored energy and uptake oxygen from the pond water by moving it across body surfaces that are flush with blood vessels," Litzgus explains. "In this way, they can get enough oxygen to support their minimal needs without using their lungs. Turtles have one area that is especially well vascularized — their butts." 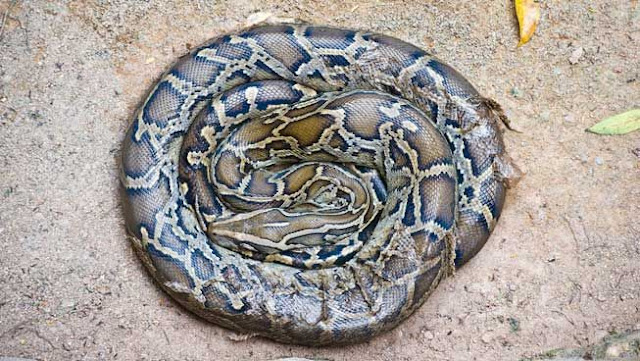 The time a snake spends hibernating varies from location to location.

Nearly all snakes will experience some form of hibernation in winter, though the length depends a lot on location. For instance, a snake in Minnesota might hibernate for months while one in southern Texas might only go a few weeks. 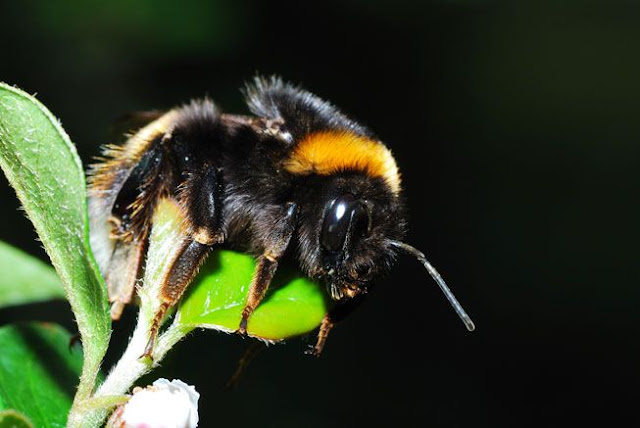 Despite hibernating, many bumblebees will die off during the winter.

There's a bit of controversy around whether or not bees hibernate. The short answer is that it depends on the species. Honey bees do not hibernate — they'll stick together as a group in winter and survive on food they've collected over summer. Other bees (like ground bees) and even bumblebees will hibernate. Most bumblebees in a colony will die off, but the queen hibernates to start a new group in spring. 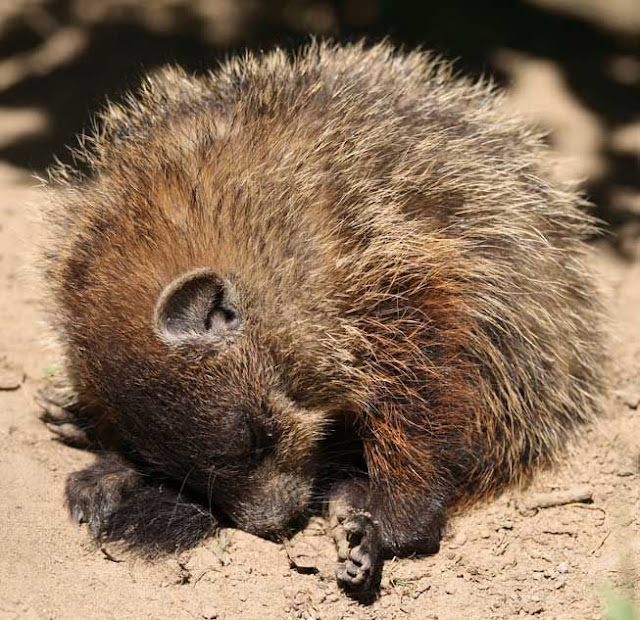 Groundhogs are some of the most famous hibernators since they have traditionally been relied on to predict the weather. The hibernation period can last between a couple months to nearly five months. During this time, their heart rates go from 80 to 100 beats per minute to only five or 10! 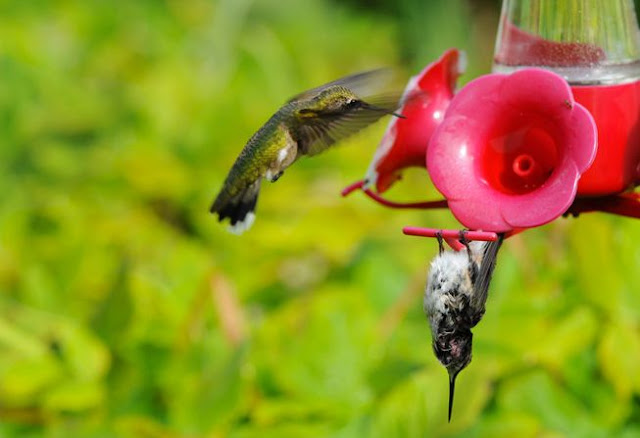 Hummingbirds hang upside-down in a state of torpor when they need to rest, like this one in the lowerer right of this photo.

Okay, so hummingbirds don't hibernate in the traditional sense, but they do go into a state of torpor. This is similar to hibernation and is definitely worth understanding. If it gets cold, hummingbirds go into torpor where they slow their metabolism down to conserve energy. Often times, they will hang upside-down during this time, and you might think they're dead. This doesn't usually last long, though. Once the temperature warms up, the hummingbird will fly away. 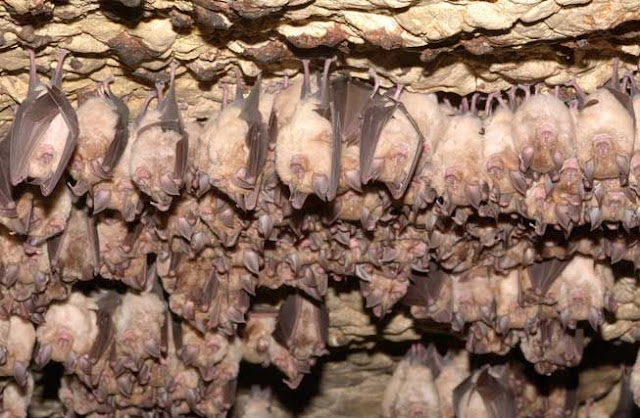 Bats hibernate for anywhere from a few days to a few weeks depending on the circumstances.

Similar to hummingbirds, bats will go into the type of hibernation called torpor when temperatures get cold and they need to conserve energy. This usually lasts from a couple of hours to a couple of weeks for bats. During this time, the heartbeat can go from 300-400 beats per minute down to only 10! Another cool thing about bat hibernation is that they can use the heat stored within their bodies to help heat themselves back up again. 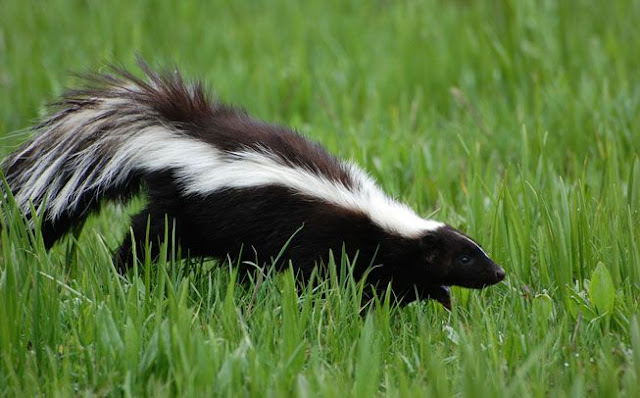 Skunks will hibernate, but they will also venture out into the cold to forage for food.
Like the bat and the hummingbird, skunks also enter a state of torpor. This might come as a surprise to many because they're not often referred to as being hibernating animals, but it depends on their needs. During winter, they'll go out and look for food, but then they can lower their metabolism and conserve energy as needed. 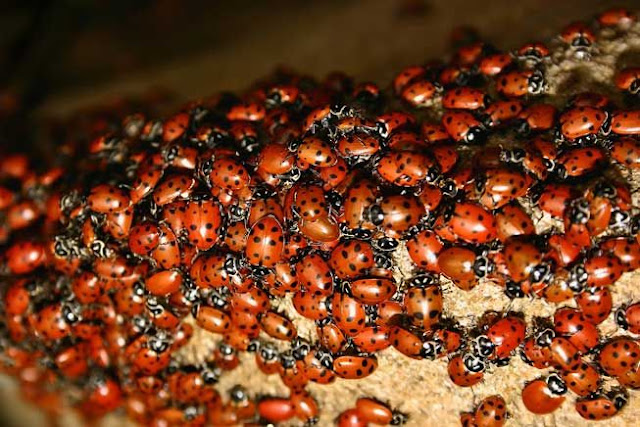 Ladybugs swarm together before they're about to hibernate.
You've probably witnessed this one yourself. During the fall, when it first starts getting cold, it's common to see ladybugs gather by the hundreds or thousands, right? This is because they're about to enter their hibernation for the winter. They'll seek coverage and try to stay warm — even going into states of torpor as needed — until spring. 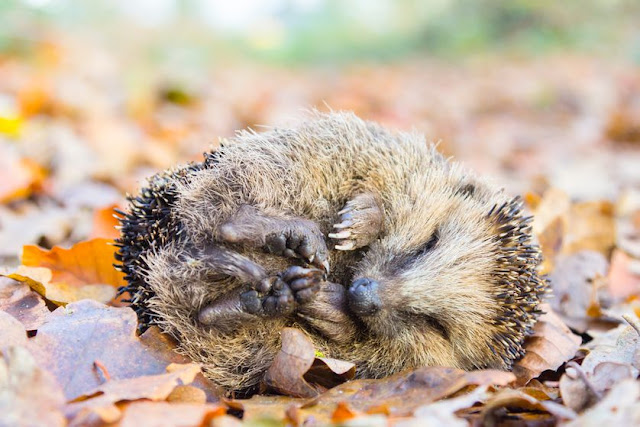 Hedgehogs can make nests as much as 20 inches thick.

Hedgehogs also enter a state of torpor. Most start preparing toward the end of autumn by looking for the best places to build their nests. Key locations include piles of brush, under hedges and roots of trees, and in old rabbit burrows or underneath old buildings or sheds. According to the British Hedgehog Preservation Society, the nest may look somewhat ramshackle, but is actually very well constructed out of grass, dry leaves and other vegetation and can be as much as 20 inches thick. Hedgehogs tend to wake up often during hibernation, but they rarely leave their nests. 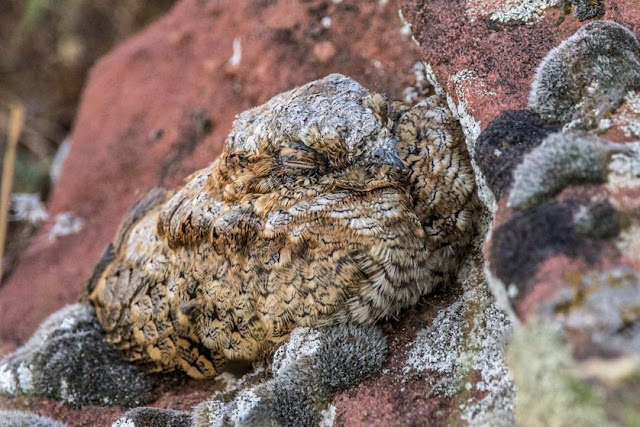 The Hopi name for the poorwill means 'the sleeping one.'

The common poorwill is famous as the first known hibernating bird, reports the National Audubon Society. Researchers only discovered in the 1940s that the small owl-like bird entered a torpid state. But the Hopi people must have known it long ago. Their name for the poorwill means "the sleeping one."

Some other species of birds can enter short periods of torpor to save energy in winter, including doves and the whip-poor-will. But the poorwill is the only bird known to hibernate for weeks at a time. 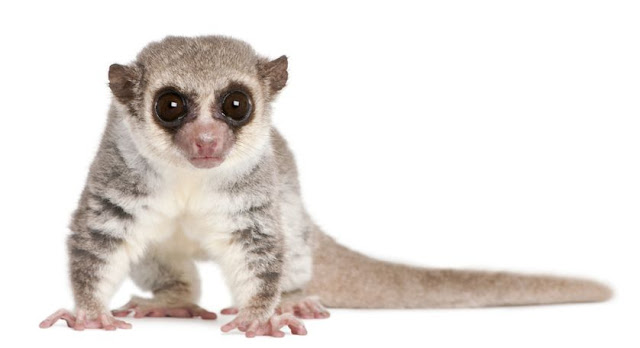 The fat-tailed dwarf lemur can hibernate for periods up to seven months.

The fat-tailed dwarf lemur is the only primate known to hibernate for an extended period of time, according to the Duke Lemur Center. Hibernation can last as long as seven months and is characterized by long periods of torpor mixed with normal periods of rewarming and activity that can last for six to 12 days.

Mouse lemurs also experience brief periods of torpor, but these episodes last for less than 24 hours.