187-Year-Old Tortoise Is Named The Oldest Animal In World 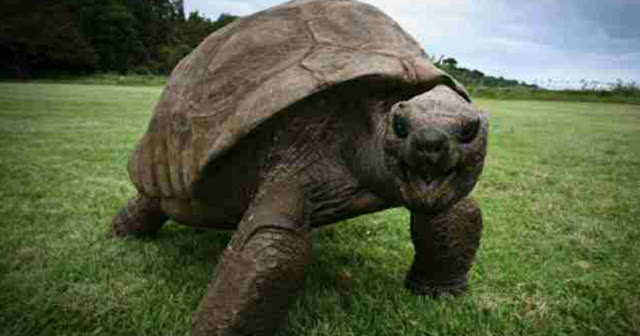 Jonathan was recently added to the Guinness Book of World Records. He’s now officially the oldest-known animal in the world! 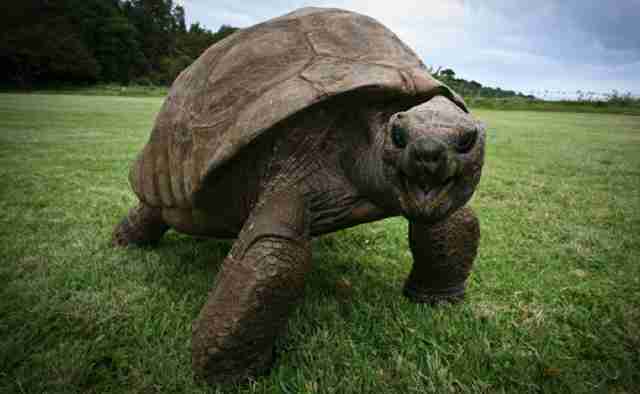 Jonathan was born all the way back in 1832 on an island in Seychelles. Jonathan lived on this island until the 1880s. Then, he was brought to the island of Saint Helena, where he went to live on the grounds of a plantation house. One of the oldest-known pictures of Jonathan was taken in 1886, and it shows Jonathan with his caretakers. 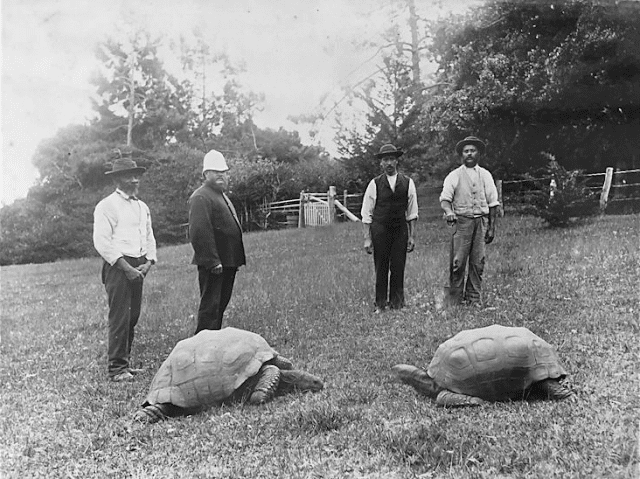 Today, Jonathan still lives on Saint Helena. It’s incredible to think about all the things this tortoise has seen in his almost 200 years of life. 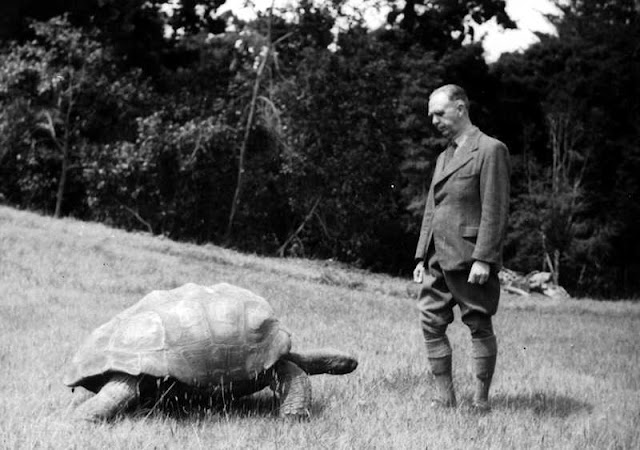 While things have changed immensely around Jonathan, the tortoise’s life has mostly stayed the same. He still lives on the grounds of the Plantation House on St. Helena, and he’s looked after by the SPCA. His main caretaker is a woman named Teeny Lucy. Lucy loves spending time with the tortoise, and he loves hanging out with her too!


“He knows my voice and he knows the vet’s voice and reacts by walking toward us,” Lucy said. “It’s all about the food!” 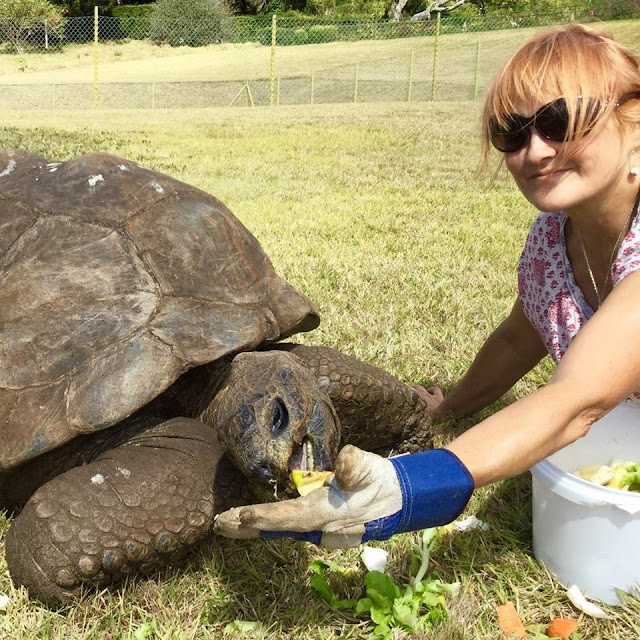 Lucy also says that everyone on St. Helena knows Jonathan. The tortoise is even on the island’s five pence coin!


“Being the oldest land animal in the world, he has almost royal status here,” Lucy told The Dodo. “He is dignified and interacts in a friendly way as long as people move slowly around him. We are all very fond of him.” 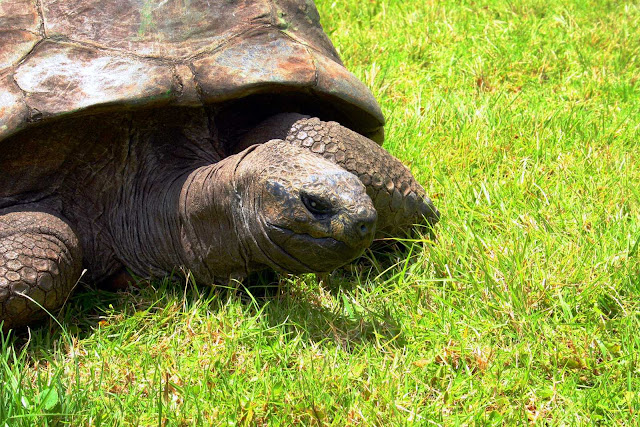 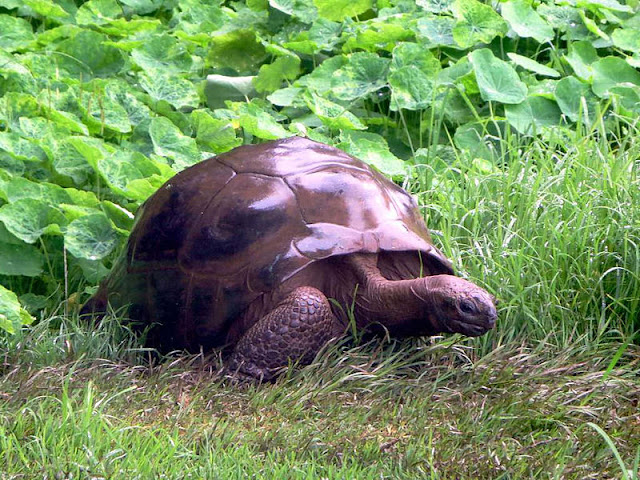 Everyone on St. Helena was worried they were going to lose their beloved tortoise. Lucy rushed Jonathan to the vet, who thankfully realized the main problem was the tortoise’s diet. Jonathan’s beak was getting soft and crumbly, making it hard for him to eat his favorite grass. The island vet put Jonathan a special diet that included lots of supplements and fruit that would be easy for him to eat. 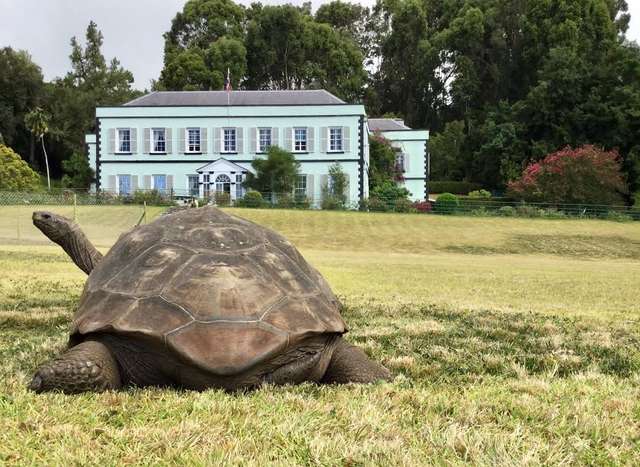 Now, Jonathan is doing great! He loves wandering around the island and taking naps in the sun. He also enjoys hanging with his best friend—80-year-old tortoise David. 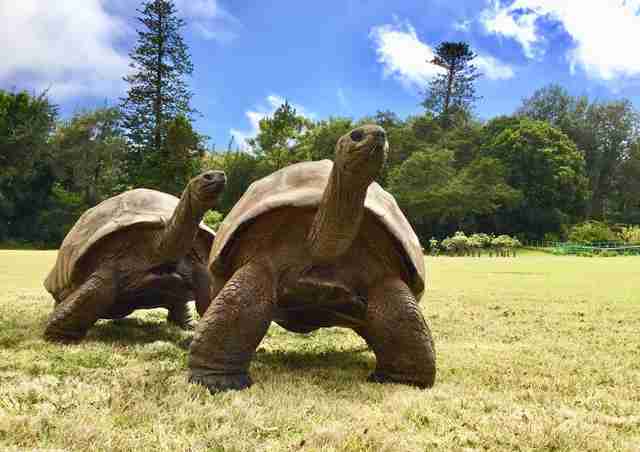 Jonathan is an amazing animal who has seen some incredible things in his long life. This tortoise has tons of stories to tell!