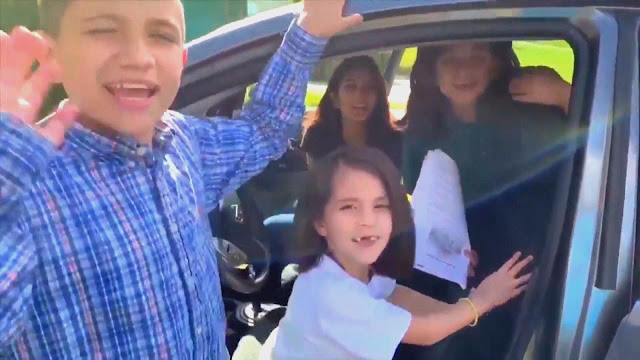 A Florida 20-year-old with a lot on her shoulders finally had some of the weight lifted when local anonymous donors surprised her with a brand new car.

Samantha Rodriguez, of Orange County, has been raising her five younger siblings between the ages 5 and 16 ever since their parents died.

“Doing everything on my own is very hard,” Rodriguez said.

But Rodriguez and her family will have one less burden to bear after the Orange County Sheriff’s Office presented her and her siblings a brand new Nissan Versa.

“You don’t know how much this means to us,” Rodriguez said as she was being presented the keys. “It’s such a big help.”

It all started after the sheriff’s office gave Rodriguez and her siblings a Christmas surprise, showering them in gifts and even treating them to a helicopter ride.

After posting about the event on Facebook, community members reached out to deputies, asking what more they can do to help the family.

Eventually, they accumulated enough in donations to purchase the family a new car.

“I’m so glad to have people like you guys in my life,” Rodriguez said.