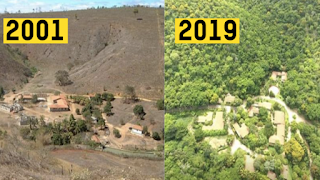 In the 1990’s, a photographer in brazil decided to kick a project off that would soon revitalize a barren land back into a lush forest.

This project became such an important and widely heard about cause that even the actor and activist Leonardo DiCaprio gave it the much needed attention it deserved.

The projects purpose was to restore a significant amount of lost forest land back to it’s vibrant state within 10 years.

Now in 2019, this environmental project has planted over 290 trees, and are seeing a mass congregation of deserted fauna flocking back to the area.

Species such as insects, reptiles, mammals, birds, and many others have already begun to make their way back to their once forgotten forest.

The amazing photographer Sebastião Salgado, along side his wife LéliaDeluizWanick Salgado, began the project after being extremely disappointed by the mistreatment of forestland across the globe.

More so, the Salgado have already personally faced firsthand deforestation, after their ranch was massively destroyed by it.

This, in fact, is what initially sparked the family’s passion of initiating the project altogether.

Has been the Salgados’ motto for quite some time now.

As they started their journey of restoration at home, in the state of Minas Gerais, Sebastião Salgado often reminisced of childhood, when the area used to boom with wildlife and flora, most of which was destryed by humans after years of industrialization.

It was simply heartbreaking to come to terms with.

So, in 1994, Salgado had another life-changing experience, after visiting Rwanda during its greatest crisis.

“The land was as sick as I was – everything was destroyed,” Salgado stated.

The idea of replanting the forest first came to Salgado’s wife Lélia.

It didn’t take the couple long after thinking up the idea before actually putting it to practice.

In 1998, the couple hosted a fundraiser and opened the Instituto Terra to help in their endeavor.

Today, the institute is proud to have be able to assist in the planting over 2 million trees, and giving the environment around them a whole new breath of life.

“Perhaps we have a solution.

There is a single being which can transform CO2 to oxygen, which is the tree.

We need to replant the forest.

You need forest with native trees, and you need to gather the seeds in the same region you plant them or the serpents and the termites won’t come.

And if you plant forests that don’t belong, the animals don’t come there and the forest is silent. We need to listen to the words of the people on the land.

Nature is the earth and it is other beings and if we don’t have some kind of spiritual return to our planet, I fear that we will be compromised,” Salgado told The Guardian. 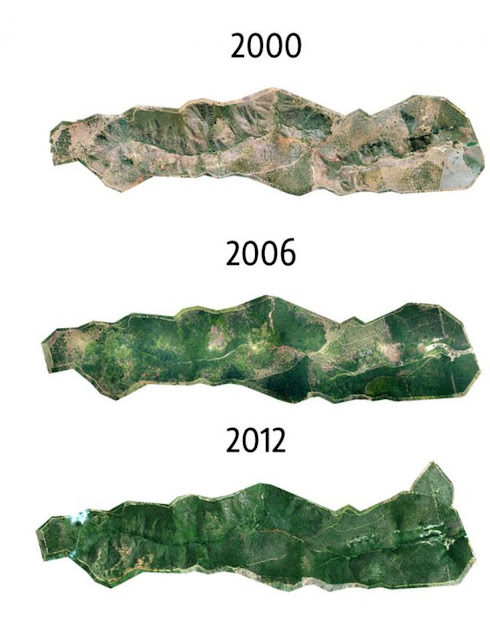 Their farm was even awarded with the Private Natural Heritage Reserve (PNHR).

The project itself came a great foundation for the Salgado family to begin their worldwide mission of raising deforestation awareness all over the globe.

Not just in their own home.

As a result, the institute founded the Center for Environmental Education and Restoration (CERA), whose main objective is to inform people on the importance of preserving the environment and its wildlife.

By making an effort of planting a tree, we will be able to make up for the lost flora and fauna.

The center works hard to create the latest technology which will help put an emphasis on the importance of forestation bare land. 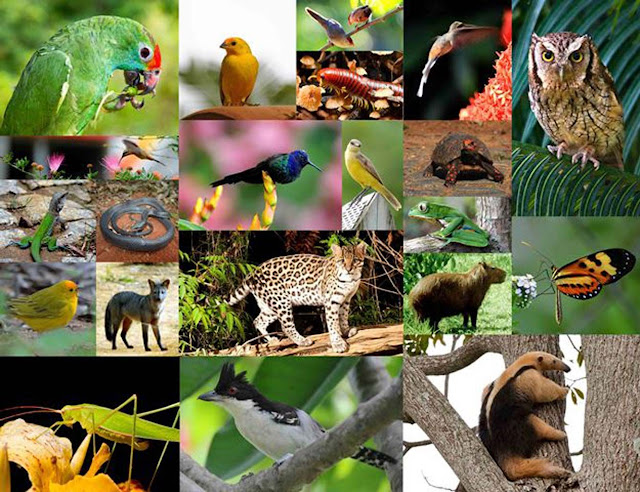 The mission was able to show staggering results of the number species returning to areas after post-deforestation.

In fact, around 172 species have returned altogether.

The Salgado family, supported by their institute and environmental awareness center is determined to enrich the Atlantic Forest even more.

With that, plenty of endangered species are expected to return, both animals and plants.

In their minds, everyone can contribute to a healthier and more vital environment.

Not all is lost, and everything can be replaced in time.

All it takes is for us to show our environment the respect it deserves, and vow to never stop rebuilding it.