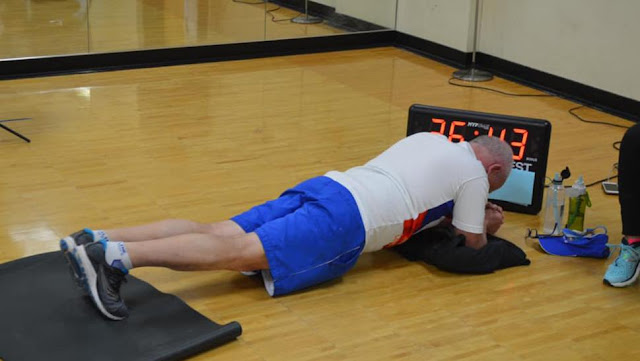 “Andy stayed in the plank position for an impressive 38 minutes — surrounded by family, friends and a cheering crowd. Mazel tov, Andy!” the center wrote on their Facebook page.

The previous record was 36 minutes and 58 seconds.

"There was a clock in front of me, so it was easy to determine the moment. My audience also let out a big cheer. I continued for an extra minute just to be certain," Steinfeldt told InsideEdition of the moment he beat the record.

Steinfeldt also said he had no idea he could compete at that level until a few years ago when he had a fitness test at a club that he'd joined and surpassed the time limit for a plank by far. He said before then he wasn't even sure what a plank was.

Now he's clearly a pro, however.

That isn’t the only thing Steinfeldt is challenging lately; he recently finished 38 treatments for prostate cancer as well.