A Man Sent Facebook and Google $122m in Phony Bills. They Paid Them. Read more at: https://ascienceenthusiast.com/a-man-sent-facebook-and-google-122m-in-phony-bills-they-paid-them/ 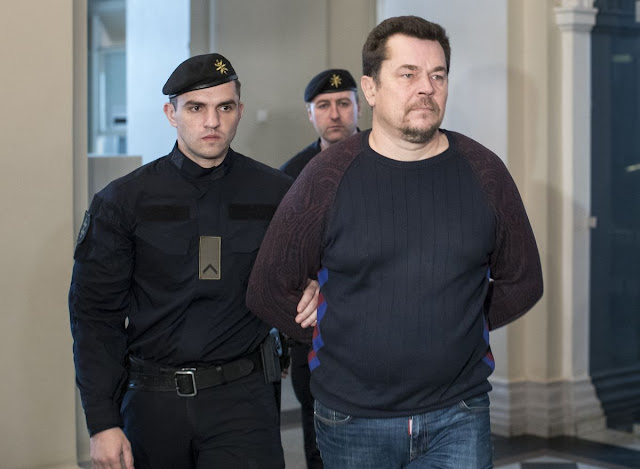 It’s hard on some level not to think of Evaldas Rimasauskas as some kind of folk hero for what he did, even though it was fraudulent AF and ultimately wound up putting him in prison, convicted of identity theft and money laundering, but only because of who his victims were.

Last week, Rimasauskas plead guilty to masterminding a scheme that was simple and completely insane. All he did was sent phony bills to the tech titans for goods and services that they didn’t order, and that he most definitely didn’t deliver. All told, Rimasauskas sent over $122 million dollars in fake invoices; $99 million went to Facebook, and $23 million in fraudulent bills were sent to Google. The plan, while pretty simple, still meant that he had to go to pretty great lengths to make his requests for money seem legit.


"The invoices were accompanied by “forged invoices, contracts, and letters that falsely appeared to have been executed and signed by executives and agents of the Victim Companies, and which bore false corporate stamps embossed with the Victim Companies’ names, to be submitted to banks in support of the large volume of funds that were fraudulently transmitted via wire transfer.” He also spoofed emails that appeared to come from corporate execs. Rimasauskas was pretending to be the giant Taiwanese hardware manufacturer Quanta Computer Inc, and had registered a company in Latvia with the same name.

As part of the agreement, Rimasauskas will obviously be giving up the cash he bilked out of Google and Facebook, but not all of it. Apparently, tracking down all the funds is proving a little more difficult because of how far he scattered it and squirreled it away.


"He’s agreed to forfeit about $50m. It’s not clear what’s happened to the other $73m, but Rimasauskas was a prolific and baroque money-launderer who squirreled cash away in Cyprus, Lithuania, Hungary, Slovakia, and Latvia. Google has said that “We detected this fraud and promptly alerted the authorities. We recouped the funds and we’re pleased this matter is resolved.”

Clearly what Rimasauskas is wrong, because it’s taking money that isn’t his, but this story does expose a comical weakness in the corporate structure of both companies if he was able to pull this scheme off so relatively easily. It’s also hard to feel too bad for companies who profit off everyone’s private and personal information — which is given both willingly and unwittingly — getting bilked out of money when the scheme would have in theory been so easy to stop cold with the first phony invoice.

“Hey John? Did we order $2 million in widgets from Quanta? No? Oh, okay, I’m not going to pay this then.”

Instead, the invoices somehow got through and to the tune of a few dozen million dollars. It’s a pretty wild tale, made even more unbelievable by how brazenly simplistic the scam ultimately was. But, if you’re thinking of attempting something like this, don’t, for a whole boat load of reasons. First and foremost, as Mr. Rimasauskas, has shown us, it’s illegal as all get out. And if that wasn’t driven home enough, let the fact that he could spend up to 30 years of his life behind bars for it speak a little more to you.